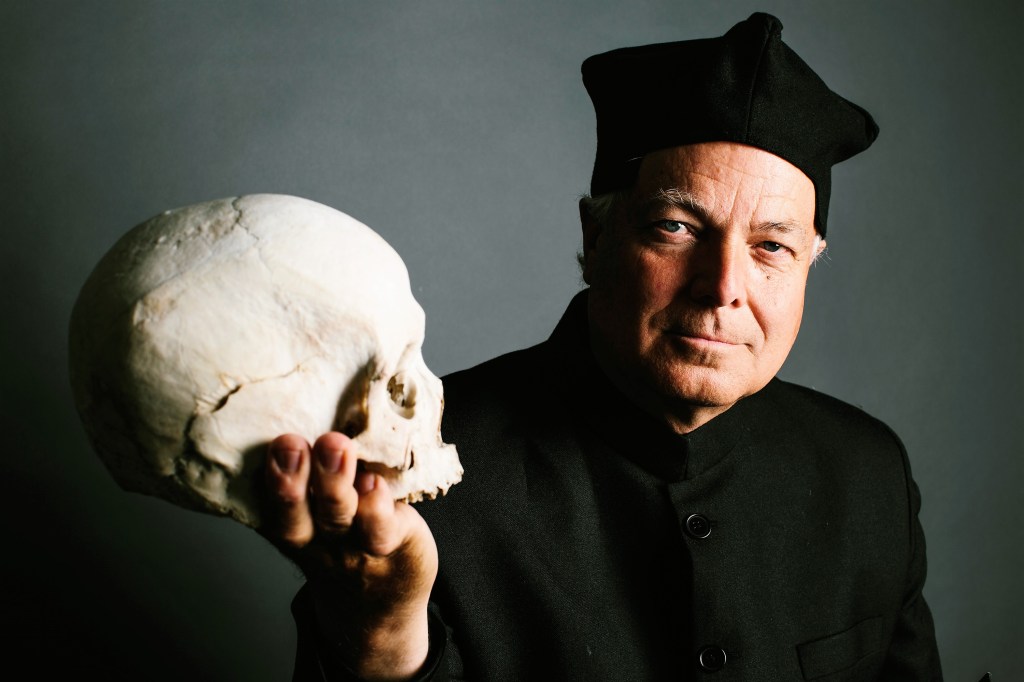 Historical interpreter Clay Jenkinson returns to the area to perform March 25, 26 and 27 as Meriwether Lewis, Sir Walter Raleigh and Shakespeare at the Bryan Cultural Series.

He will bring Meriwether Lewis to life in a single performance on Monday, March 25 at the Hilton Garden Inn in Kitty Hawk at 7:30 p.m. “Lewis was my first Chautauqua character,” according to Jenkinson. “He’s fascinating on so many fronts.”

His interpretation of Sir Walter Raleigh will come to life on Tuesday, March 26 at 7:30 p.m. in the Sound Stage at The Lost Colony in Manteo.  “My Raleigh speaks from the Tower of London, where he was imprisoned from 1603-1616 for treason by King James I,” said Jenkinson.

He will bring Shakespeare, the Magic Words, to the Outer Banks on Wednesday, March 27 at 7:30 p.m. at First Flight High School in Kill Devil Hills. Jenkinson, who was a Rhodes Scholar at Oxford, says, “Although I somehow slipped through the back door and became an amateur historian, my great love has always been Elizabethan and Jacobean literature.”

Jenkinson will appear in character to offer observations on issues, both current and past. His portrayals take the form of lengthy monologues followed by auestion-and-answer sessions as the character (in costume) featured for that performance. At the end of his performances, he steps out of character and answers questions as himself.

Tickets for each performance are $15 in advance and are available at bryanculturalseries.org. They are also available at Gray’s Department Store, Kitty Hawk; Sea Green Gallery, Nags Head; Downtown Books, Manteo; and Duck’s Cottage Coffee and Books, Duck.

Free tickets are available for all Dare County School students, faculty and staff. For more information, check PeachJar or email tickets@bryanculturalseries.org or call or text 252-564-9767.