Baseball is back! All 30 teams will play on opening day 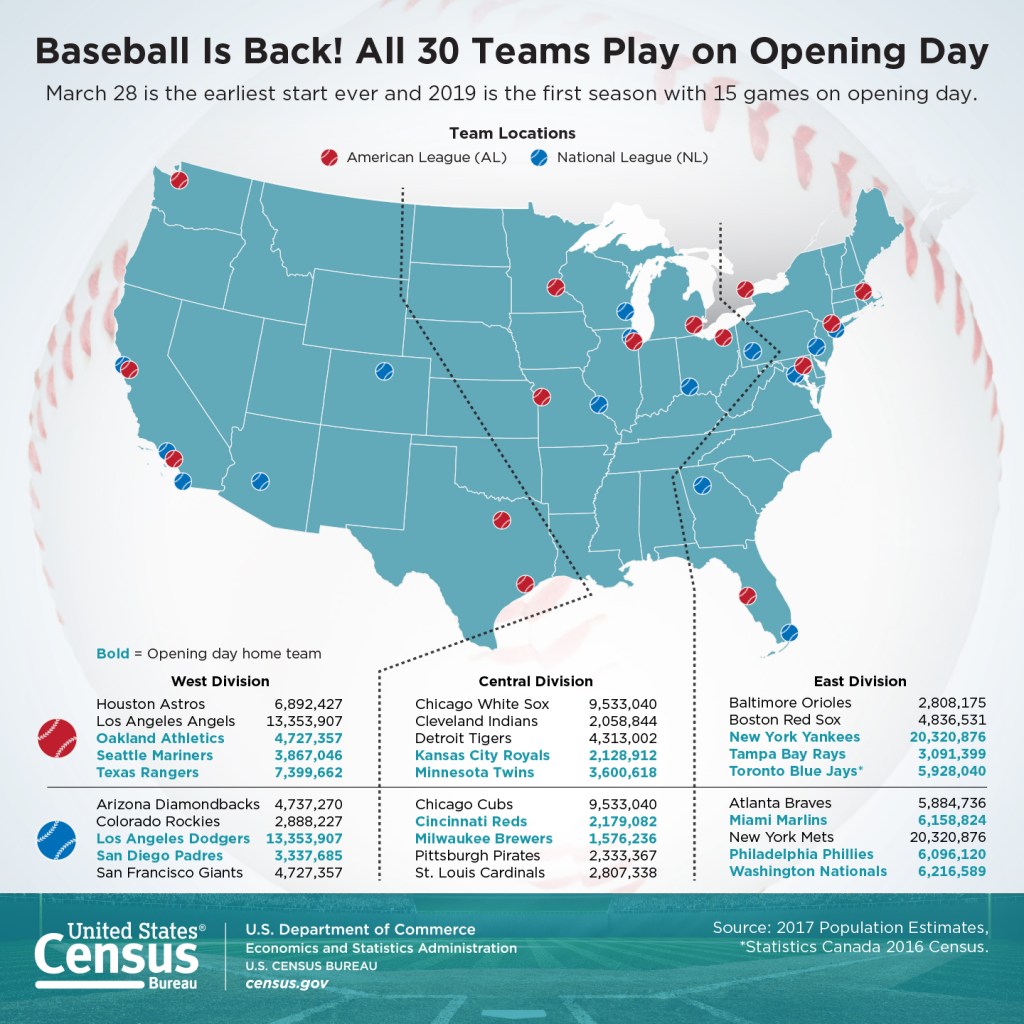 For the first time in the history of Major League Baseball, all 30 teams will play ball on opening day, barring weather cancellations that derailed similar plans last year.

The 15 American League and 15 National League teams are scheduled to play 15 games this Thursday, March 28, the earliest opening day ever.

The national pastime comes to us courtesy of 29 teams from 25 metropolitan areas across the United States and one team from Canada (Toronto).

The four metro areas with two teams each are New York, Los Angeles, Chicago — the nation’s three most populous — and San Francisco-Oakland (the 12th most populous).

Each league has five teams in three divisions: East, Central and West as shown on the map.