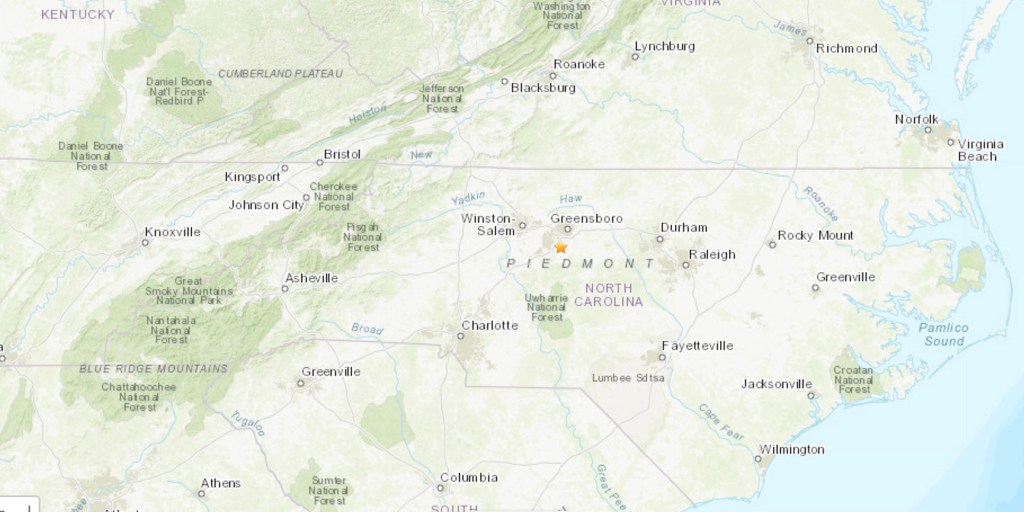 (AP) — A pair of earthquakes has shaken portions of North Carolina, but no injuries or damage have been reported.

In addition, a magnitude 2.5 earthquake was reported, centered nearly 7 miles (11 kilometers) southwest of Sylva and was felt as far away as the Tennessee border to the northwest and the Georgia border to the southwest.

The News & Record of Greensboro says people either heard a loud boom or slept through it.