Driver in fatal accident may have experienced medical incident 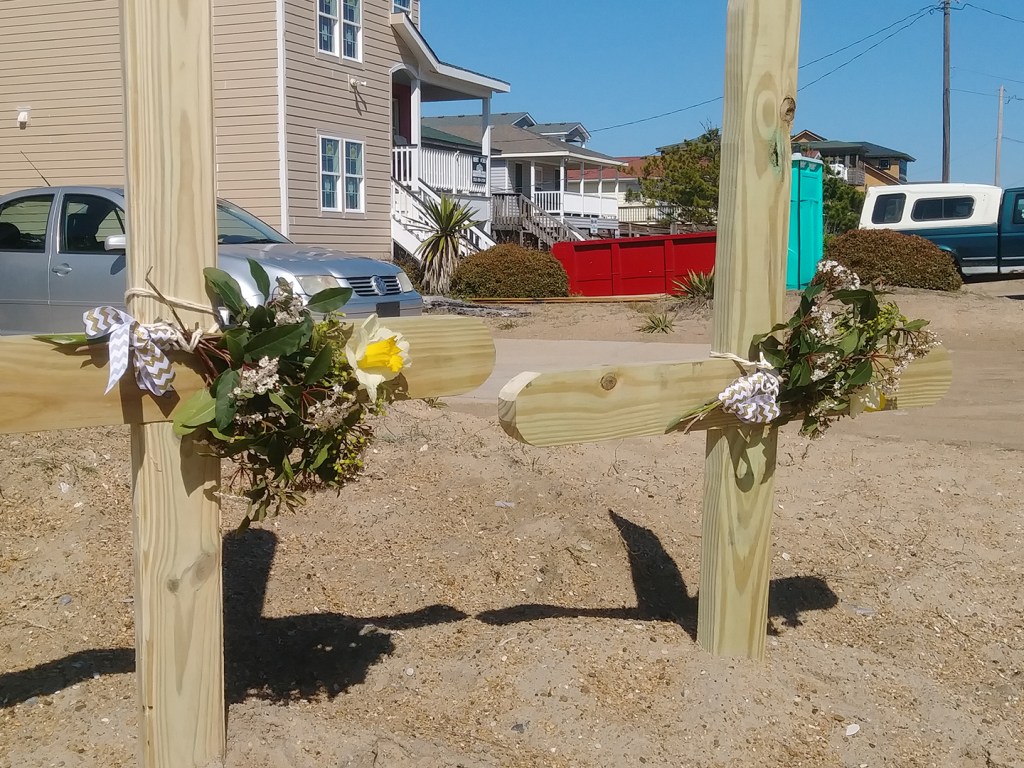 Crosses with flowers have been placed near the intersection of Maynard and NC 12 in Kitty Hawk. Theresa Schneider photo

While initial reports stated the driver of a vehicle that struck and killed two pedestrians fell asleep at the wheel, the Kitty Hawk Police Department is now saying it is possible the driver suffered a medical incident.

Alan Nicolette Jr., 37, and Holly Nicolette, 40, both from Mechanicsville, Va., died as a result of injuries sustained when they were hit as they walked along NC 12, also known as the Beach Road, in Kitty Hawk on Monday afternoon. A child was also struck, treated and released from The Outer Banks Hospital in Nags Head.

In a press release, police state “officers and investigators on scene determined that the driver of the northbound pickup truck possibly fell asleep or may have had a medical incident at the wheel, crossed the center line over the south bound lane of travel before striking the victims from the rear. The driver was also transported to the Outer Banks Hospital and was admitted for observation.”

Charges against the driver are pending.