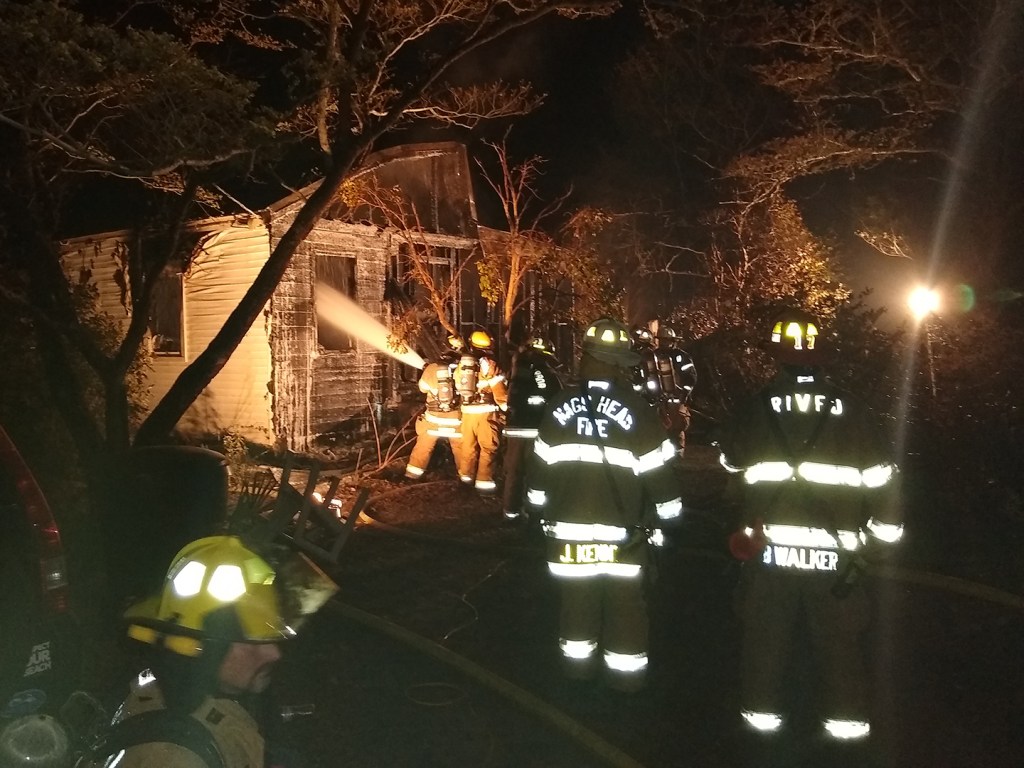 Firefighters battled a structure fire in the Sunnyside area of Roanoke Island for several hours Tuesday night before bringing it under control.

On arrival, shortly after 7:30 p.m., law enforcement and fire officials reported fire and smoke coming out of several windows and the roof of the one story home on Sunnyside Lane. Smoke from the fire created a blanket of haze along Airport Road and surrounding areas and could be seen from Pirate’s Cove.

Firefighters made multiple interior searches before it could be confirmed that the residence was empty. The Roanoke Island Volunteer Fire Department made the initial attack to bring the fire under control and a second alarm for mutual aid assistance brought fire crews from Manns Harbor, Nags Head, Kill Devil Hills, Colington and Chicamacomico. Dare County Sheriff’s deputies and Dare County EMS also responded.

Although unable to save the residence and most of its contents, firefighters were able to protect a nearby automobile and prevent the fire from spreading to several nearby trees and considerable underbrush near the home.

After firefighters cleared the scene around 11 p.m., Dare County Fire Marshal Steve Kovacs remained at the scene. The cause of the fire is still under investigation with information to be released when available. 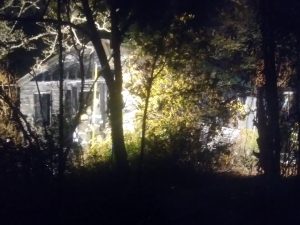 Police in Kitty Hawk seek identity of man who…