Scotsville Street house in Columbia to be torn down 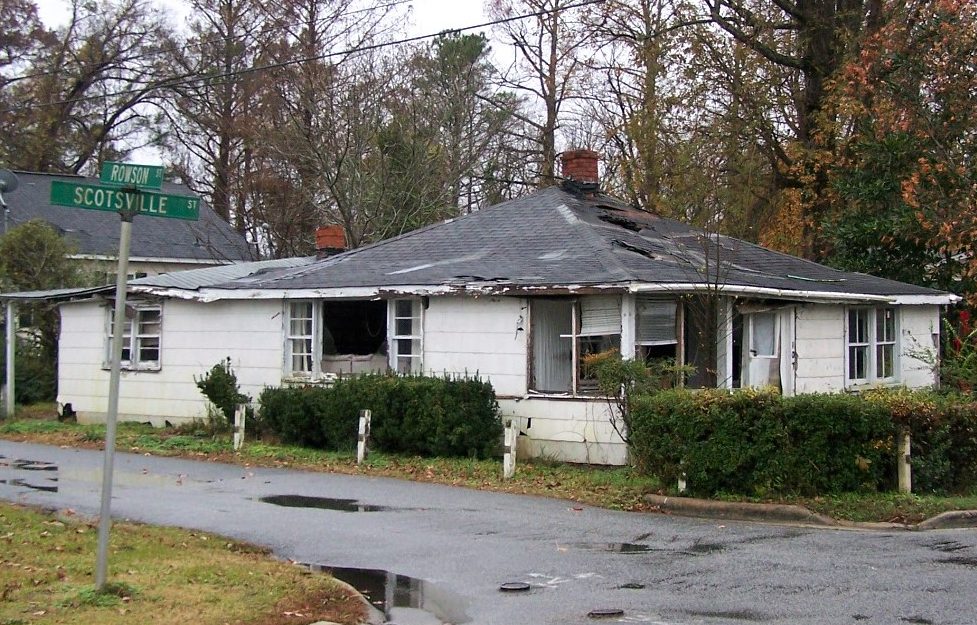 This house at Scotsville and Rowsom streets in Columbia was condemned May 6 and ordered demolished, with the owner, Habitat for Humanity, to be charged all costs. Ray McClees photo

The Columbia Board of Aldermen on May 6 condemned the old house at Scotsville and Rowsom streets and ordered it torn down.

The property was donated many months ago to Habitat for Humanity of North Carolina after being seized for back taxes owed the town and Tyrrell County.

Habitat promised to remove the structure, build an affordable dwelling house and sell it to a qualified buyer, thus raising the town’s tax base, upgrading its housing stock and bringing a new family to the neighborhood.

Habitat took no action on its promises.

The aldermen’s condemnation resolution, introduced by alderman Bryan Owens and passed unanimously, declared the structure to be dilapidated, collapsing, deteriorating and unfit for human habitation.

“The party responsible for this property has repeatedly ignored requests from Columbia officials to demolish and remove debris from this structure,” the resolution continues.

The board directed the town manager to (1) contract to demolish the structure and have the debris properly disposed of, (2) bill all costs to Habitat and (3) in event Habitat does not pay within 90 days, to place a lien against the property in the amount due.