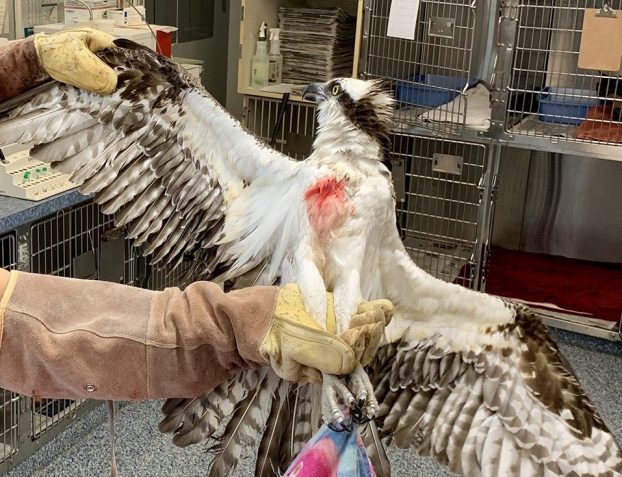 A young osprey was found in Duck Saturday, June 8 bleeding from the chest and was subsequently brought to Roanoke Island Animal Clinic. 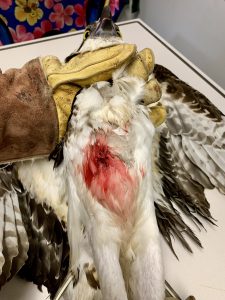 The osprey was brought in bleeding from the chest area. Courtesy RIAC

Dr. Mark Grossman treated the bird for pain and infection. He said x-rays revealed the bird was shot twice by a pellet rifle/gun. The osprey was transported the following day to Lou Browning for follow-up care and rehabilitation.

Dr. Grossman thinks the bird’s prognosis is pretty good. “There were no broken bones and it looks like the pellets are buried in the muscle,” he said Saturday. “This is important because lead does not get absorbed from muscle so we don’t have to be too concerned about lead poisoning. The bird is very stable and already ate some fish for us.” 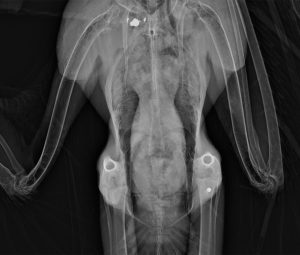 Anyone with information on who may have shot this bird should call the North Carolina Wildlife Resources Commission at 1-800-662-7137. 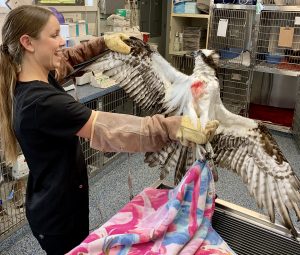 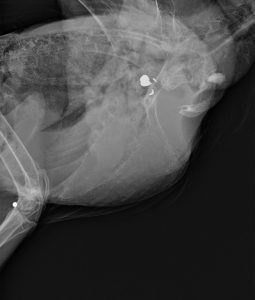 Moving into the double digits is a big deal, even for an alligator! On June 6, the North Carolina Aquarium... read more