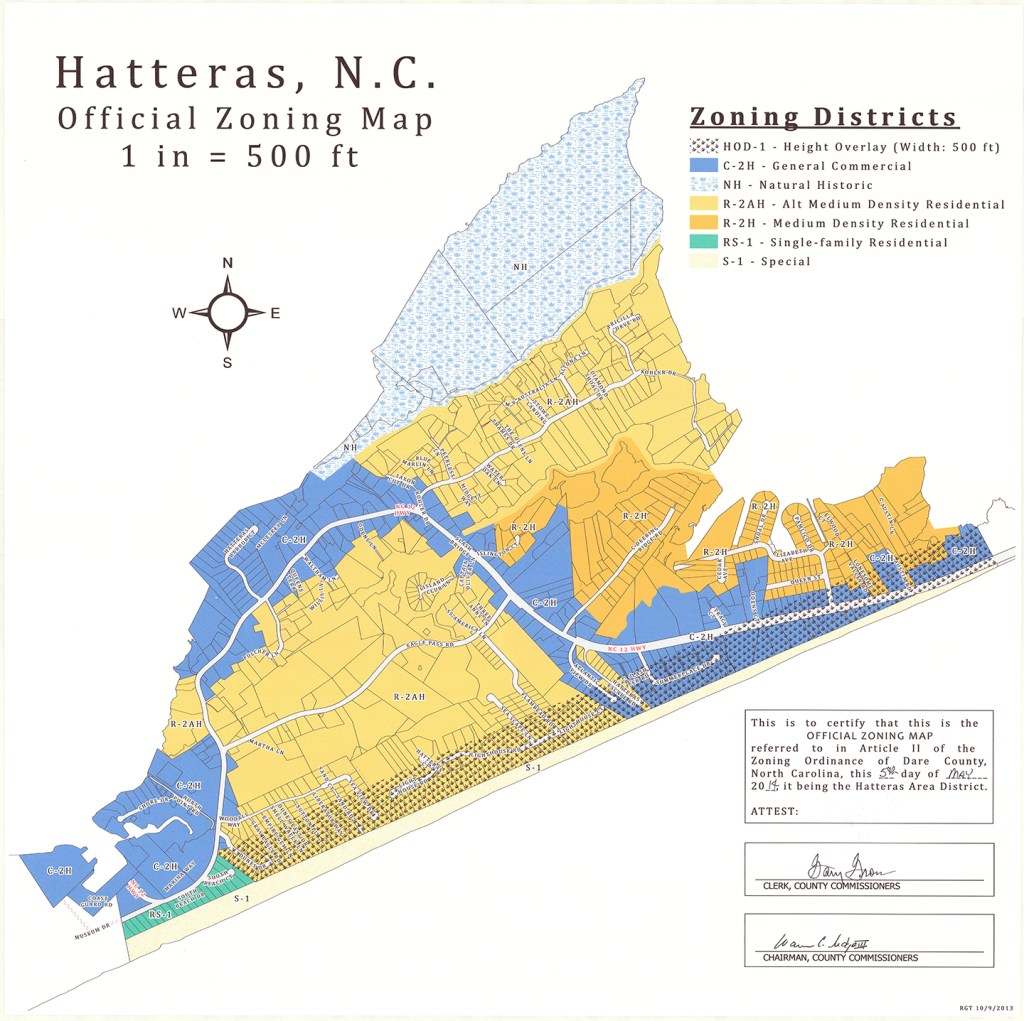 A controversial zoning text amendment for Hatteras village drew 40 people in Buxton and at least 23 in Manteo to the Dare County Planning Board meeting Monday night.

The proposal from Sumit Gupta for SAGA Realty and Construction asked for changes in the C-2H General Commercial zone mapped only in Hatteras village.

The application asked for comprehensive changes in height to seven stories for a hotel, for lot coverage from 60 to 70 percent and for changes in how height and parking are calculated.

At 6:05 p.m., public comment started. Seven people spoke from Manteo. A dozen citizens came to the podium set up in Buxton. Public comment was followed by remarks from Gupta about the proposal. Then the Planning Board went through the proposal item by item.

At the end, Gupta withdrew the proposal to consider alternatives and make revisions. Another project may be on the Planning Board’s August agenda as “old business.”

At public comment, resounding opposition rang forth to the proposed height increase to nearly 90 feet, which was described as the distance to the bottom of the bowl of the Hatteras water tower.

Proponents of the proposal argued that Hatteras village has lost 60 to 62 percent of its hotel rooms since 2000. “It’s simply rebuilding what was lost.”

Opponents asked repeatedly for the existing zoning rules to be followed.

“This is a drastic change. This is a huge change,” said Brett Barley, who expressed support for the project within the confines of existing rules.

The lead-off speaker in Buxton was 75-year-old widow Mary Edwards. “Rules should be followed.” She worried about the height, firefighting, evacuation and light and noise pollution. “A precedent will be set.” Applause followed her remarks.

Linda Browning said she supports economic development but not a six- or seven-story hotel. She stated that the large structure “will be an eyesore to anyone looking east.”

“Why can’t there be a successful project within the existing rules,” queried Jason Collier.

About the project, Gupta said “hotels need scale.” Usually a resort such as the one proposed would call for 150 to 200 rooms. The proposal is for 100 rooms.

About the height, Gupta said “it is about ocean views.”

The proposal involves multi-family housing, identified by Gupta as condominiums, which are part of financing the project. A pier was originally proposed, but such a structure may not be financially possible.

Gupta also said “no doubt that we need affordable housing.” He said, “even that requires greater density to make it work.”

At the conclusion of his remarks, Gupta said “I apologize to the people that I’ve offended.” He said he was open to constructive feedback.

After going through the proposed changes, board chairman John Finelli said “I think we have a lot of public input.”

In addition to the 19 comments at the meeting, emails sent to the planning board numbered 65 opposed and nine in favor. An online petition, said one speaker, numbered 3,649 opposed.

Finelli said “lot coverage and height are the two big issues.” He said he would not vote for lot coverage more than the existing 60 percent. He encouraged Gupta “not to give up on it yet.”

At the start of the meeting, Finelli proposed rearranging the agenda to accommodate the public. The evening proceeded with a public hearing on zoning amendments for facilitating year-round housing. No one spoke at the hearing. At the end of the almost three hour meeting, the board members delayed consideration of these amendments to July.