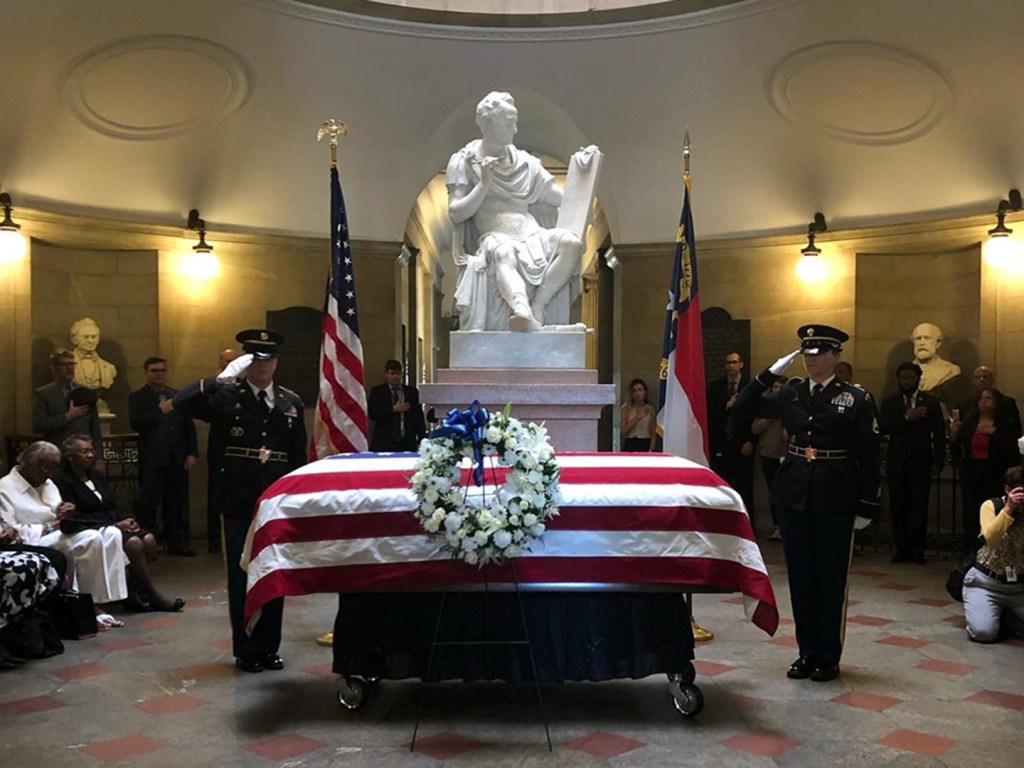 U.S. Army Private First Class William “Hoover” Jones is lying in honor in the North Carolina State Capitol for his service in the Korean War.

“Seven decades ago, PFC William ‘Hoover’ Jones left North Carolina to defend our nation in Korea. And for seven decades his family and community have waited for answers. Today we are finally able to honor PFC Jones’ service and sacrifice for our state and nation and offer his family our gratitude as we welcome him home,” said Cooper.

“It’s an honor for the North Carolina National Guard to be a part of this solemn ceremony and to pay respect to this great American,” said Brig. Gen. Todd Hunt.

Governor Cooper ordered North Carolina and United States flags to fly at half-staff from sunup to sundown on Friday in memory of PFC Jones and all those who have fought for our country overseas and never returned home.

Throughout the day, veterans and members of the public have come to the Capitol to honor PFC Jones’ service to the nation.

Funeral services for PFC Jones are scheduled for Sunday, June 23, at Word Tabernacle Church in Rocky Mount and he will be laid to rest at Arlington National Cemetery on Thursday, Aug. 22.