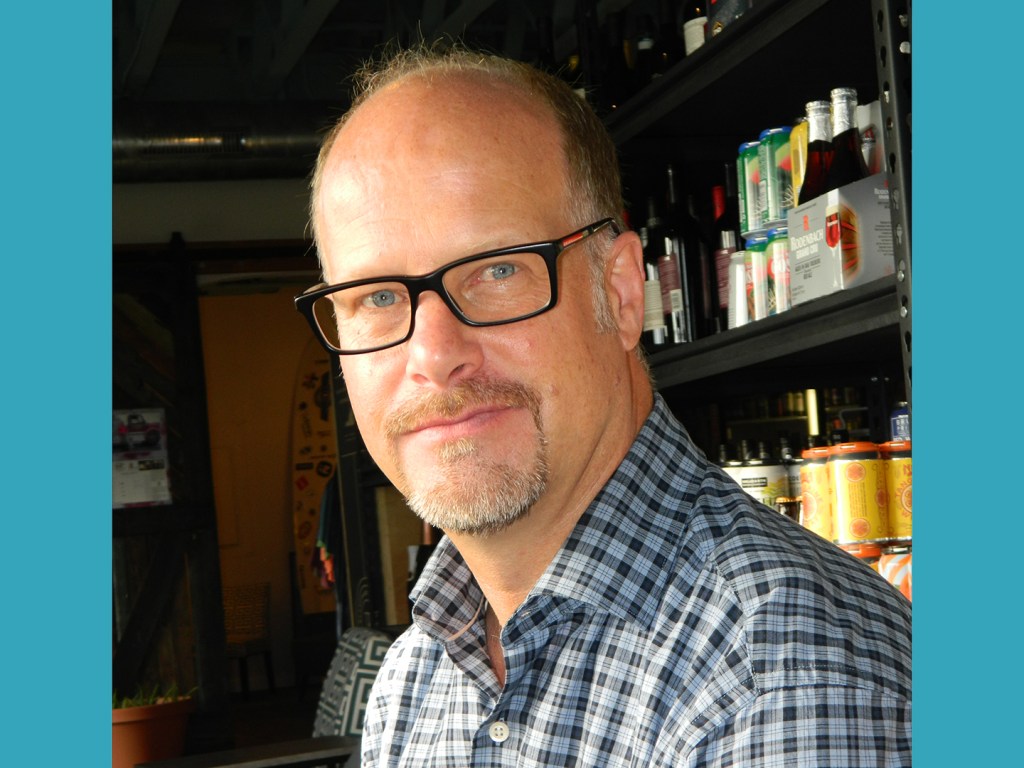 Ben Sproul announced last week that he will be a candidate for Kill Devil Hills Mayor in the November 5 election. Philip S. Ruckle Jr. photo

In a June 13 interview with The Coastland Times, Ben Sproul announced that he will be a candidate for Kill Devil Hills mayor in the November 5 election.

A co-founder and a managing partner of The Pit Surf Shop and Boardriders’ Grill, Sproul sold that business six years ago and is now serving as marketing communications manager at Surf or Sound Realty on Hatteras Island.

A 1989 graduate of James Madison University with a bachelor of science in art, the 52-year-old Sproul said there were several factors behind his decision to run.

As an appointee to the Kill Devil Hills Planning Board from 2005 to 2017, Sproul became familiar with many town guidelines and operating procedures. As member of the Outer Banks Restaurant Association, Sproul was a key player in the expansion and re-branding of Taste Of the Beach into the four-day economic engine it is today.

Then, while a member of the Dare County Tourism Board, Sproul was part of a small group that moved the Outer Banks Seafood Festival off the drawing board and onto an annual calendar of events.

“People had talked about having a seafood festival for 25 years,” said Sproul. “There were a lot of details to work out, but we were such a small group that we just went with it. And then 8,000 people showed up to an event where we planned for 2,000.”

No stranger to leadership, Sproul served 10 of his 12 years with the Outer Banks Restaurant Association as president. A member of the Dare County Board of Education for the past 12 years, Sproul was also the chair of that group before stepping down due to employment commitments.

“I really did not have designs on being mayor,” said Sproul. “It was not something I wanted as a feather in my hat.”

Sproul went on to say that he thought about it after some friends approached him about running and decided he did have the skills and experience for the job. He said also that, if elected as mayor, he would step down from the position on the school board.

“If my fellow citizens think I would do a good job at it I would be honored, and flattered, and willing to try to make a difference,” he added. “Kill Devil Hills is a fantastic place and, like any other organization, there is always room to improve.”

Sproul said although he would not be coming in with an agenda to change things, he is a big fan of fostering improvement.

“A lot has to do with maintaining transparency and fostering good communication,” Sproul continued. “I would be just a small part of the decision-making process because in all the leadership roles I’ve taken, it’s been a collaborative effort. Even with my wife, I’m only 49 percent of the vote. It has to be a group effort. It’s just not healthy for one person to run everything.”

Sproul went on to say that he does have a vision on how the town can be and look better. Growing up at military bases around the world and in different cities across the country, he has also seen how other areas operated.

“My father was in the Army and our family moved several times,” added Sproul. “So I can draw on those experiences. And I learned on the school board the need for good communication and the importance of involving stakeholders to come up with solutions that work for the majority. At the end of the day, you are still working for the people.”

If elected in November, Sproul will fill the position currently held by Sheila F. Davies, who announced in April that she will not run for another term in office.

Davies is also in favor of Sproul filling that spot.

“I am excited that Ben is announcing his candidacy for mayor of KDH,” said Davies. “I think Ben will bring a wealth of knowledge, experience and passion to the office and feel the town would be in great hands with Ben as mayor. He is just right for the office right now.

Commissioner Mike Hogan, who told The Coastland Times this week he will not be seeking re-election, echoed Davies in his support of Sproul and says he thinks Sproul will do a good job.

To be accepted, all Notices of Candidacy, together with the proper filing fee, must be in the possession of the Dare County Board of Elections by noon on Friday, July 19.

General candidacy requirements include being a registered voter qualified to vote in an election for the office sought, be at least 21 years of age on the date of the general election and not serving an active felony sentence, including any period of probation or parole.

The deadline for registration to vote is 25 days before an election, in this case October 11.

Dare County municipal candidates on the November ballot include:

Questions about filing or voter registration should be directed to the Board of Elections office at 252-475-5630.