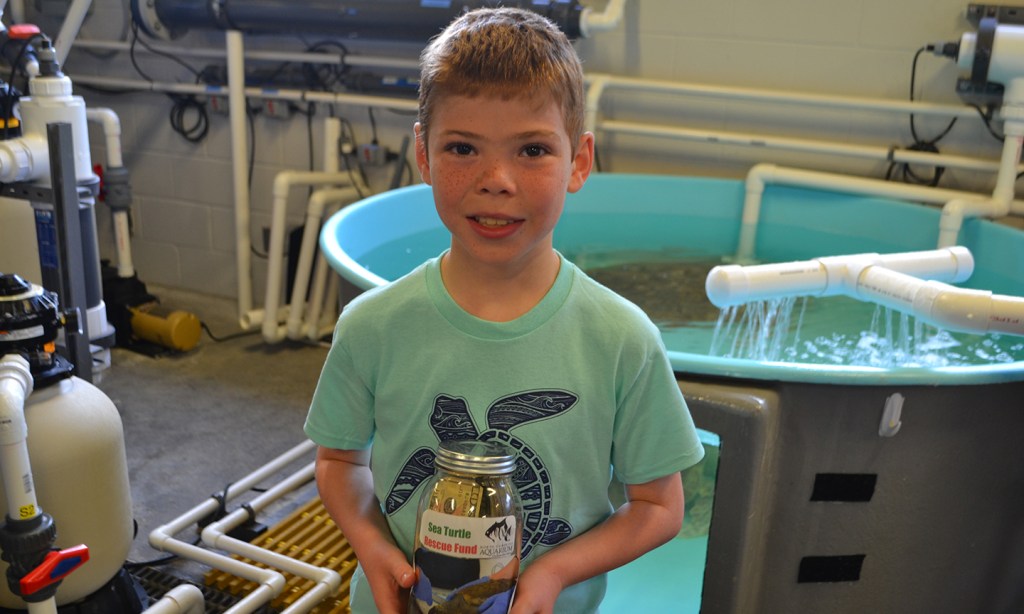 Asher Vlasuk, 7, visited the North Carolina Aquarium on Roanoke Island recently to a present a donation of over $400 to the Sea Turtle Assistance and Rehabilitation (STAR) Center.

Over the course of two years, Vlasuk has collected change from family members and their friends and operated lemonade stands. All of the money went into his jar labeled “Sea Turtle Rescue Fund.”

His parents said he immediately took interest in sea turtles after his first visit to the STAR Center in 2017, when he was five years old. That same day, he began fundraising to help the STAR Center’s efforts and continued once he got back home to Ohio. 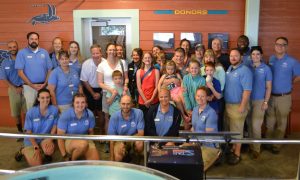 On June 13, Vlasuk presented the jar to STAR Center manager Amber White alongside his family and aquarium staff. His mom Heather Vlasuk said he would probably start a new jar right away.

“The N.C. Aquarium on Roanoke Island is extremely grateful for Asher’s donation and his dedicated effort to help sea turtles,” stated a press release from NCARI.