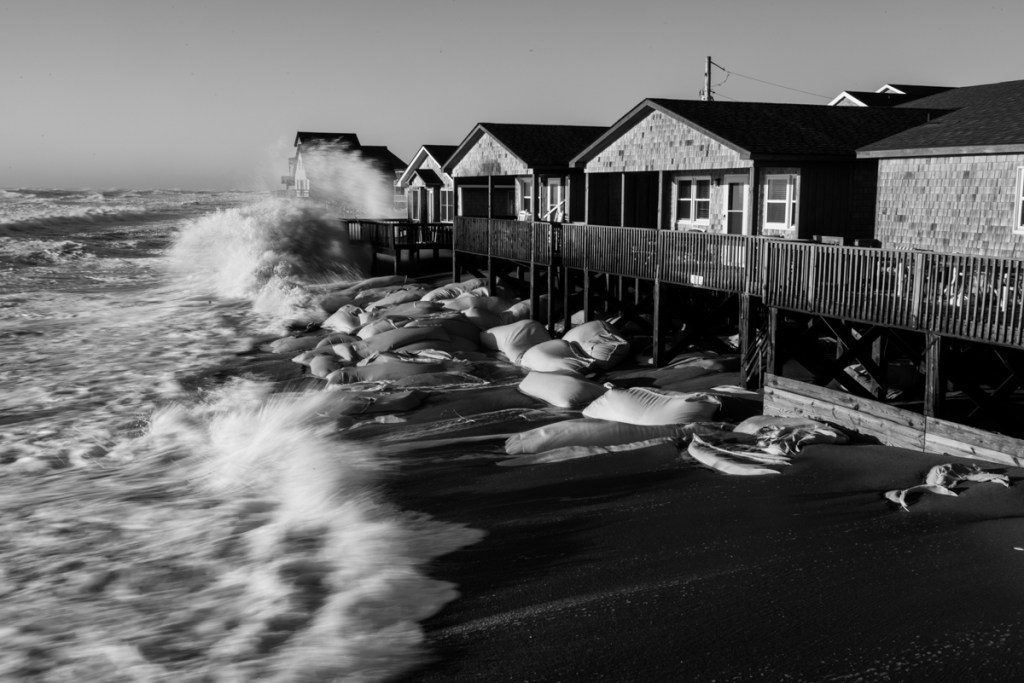 Local photographer Daniel Pullen will discuss what goes into documenting nor’easter, hurricanes and their aftermath during the upcoming hurricane talk series Documenting Disaster: Weather Dictates the Way of Island Life. The series, which is free and open to the public, will be held from 11 to 11:45 a.m. June 20, July 18 and Aug. 15 at the Graveyard of the Atlantic Museum in Hatteras. Daniel Pullen photo

There’s a simple reason Mary Ellen Riddle has scheduled a series of hurricane talks at the Graveyard of the Atlantic.

The museum, located at 59200 Museum Drive in Hatteras, will host Documenting Disaster: Weather Dictates the Way of Island Life Hurricane Talk Series on June 20, July 18 and Aug. 15 from 11 to 11:45 a.m. All three talks feature local photographer Daniel Pullen discussing what goes into documenting nor’easters and hurricanes, how the weather events demonstrate the power of nature and the strength of the coastal communities that live in their wake. Hurricane season runs from June 1 to Nov. 30.

“I’ve had weather talks, but not three in a row by one person who’s a local photojournalist,” Riddle said.

She said the idea for the series grew out of discussions with Pullen in preparation for his Endangered Community: The Independent Waterman Project photo exhibit currently on display at the museum.

She said she was eager to continue collaborating with Pullen because of his skill behind the lens.

“His work is arresting. Just visually, it has all the hallmarks of a great photograph,” Riddle said.

Part of that impact is being immersed in the community he captures. He has been one of the people on the ground who help keep the community informed post-storm, Riddle said.

“I was talking (recently) about how grateful we are to have Daniel,” she said. “He’s been doing this for a while.

About the Graveyard of the Atlantic Museum

The Graveyard of the Atlantic Museum in Hatteras is named in honor of thousands of shipwrecks that sank off North Carolina’s coast. The museum is dedicated to the preservation and presentation of the state’s coastal culture and maritime history, which includes these shipwrecks, this repository of history. The vessels are the centerpiece of rich relationships to piracy, war, (Revolutionary, Civil and World Wars I and II), lifesaving, commerce and coastal living. It is filled with related artifacts, which include remnants of the earliest known shipwreck found in North Carolina waters, dating to 1650, objects from the USS Monitor, the Queen Anne’s Revenge, and the USS Huron. For more information on the museum, visit www.graveyardoftheatlantic.com.

About the North Carolina Department of Natural and Cultural Resources

The N.C. Department of Natural and Cultural Resources (NCDNCR) is the state agency with a vision to be the leader in using the state’s natural and cultural resources to build the social, cultural, educational and economic future of North Carolina. NCDNCR’s mission is to improve the quality of life in our state by creating opportunities to experience excellence in the arts, history, libraries and nature in North Carolina by stimulating learning, inspiring creativity, preserving the state’s history, conserving the state’s natural heritage, encouraging recreation and cultural tourism, and promoting economic development.