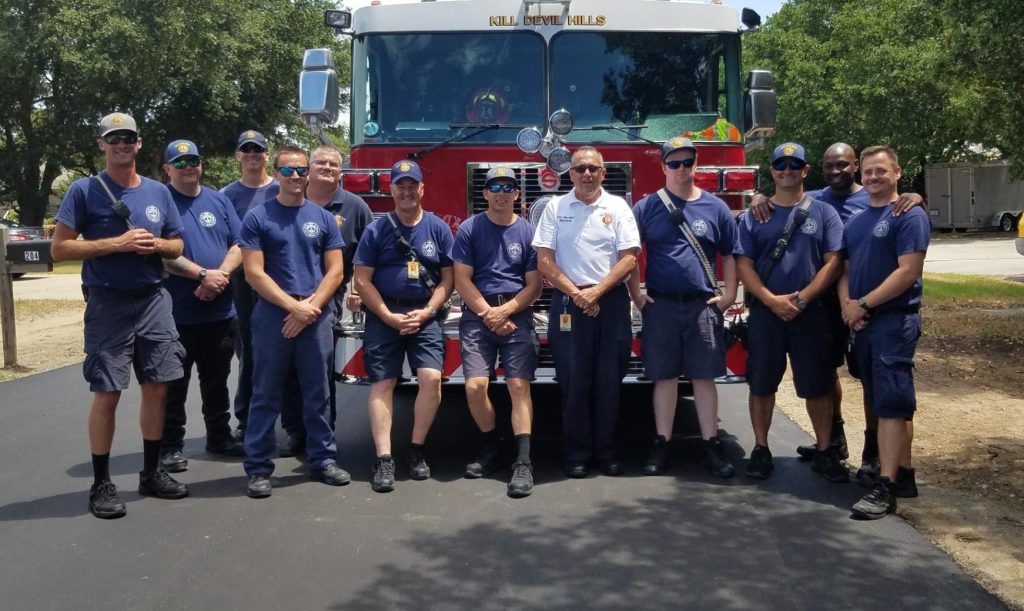 Organized statewide by the North Carolina Department of Insurance, Office of State Fire Marshal (NCDOI OSFM), the canvass goal was to educate residents about the importance of having a working smoke alarm in the house.

Information on the NCDOI OSFM website indicates that 2018 was one of the deadliest years on record with 135 people losing their lives in North Carolina because of fire. So far this year there are been 55 fire deaths, in North Carolina. In many of those cases, there was no working smoke alarm present.

According to a fire department media release, firefighters checked 35 homes on the south end of town, where 11 new smoke alarms were installed and six batteries were replaced. Eleven residents declined the offer and there was no one home at 46 residences.

This marked the second consecutive year for participation by Kill Devil Hills in the North Carolina smoke alarm canvass program.

In addition to participating in the statewide canvass, the Kill Devil Hills Fire Department conducts its own canvass at other times throughout the year as part of its commitment to keeping citizens safe.

For additional information about smoke alarms, or other Kill Devil Hills Fire Department services, contact the department at 252-480-4060, ext. 5227.