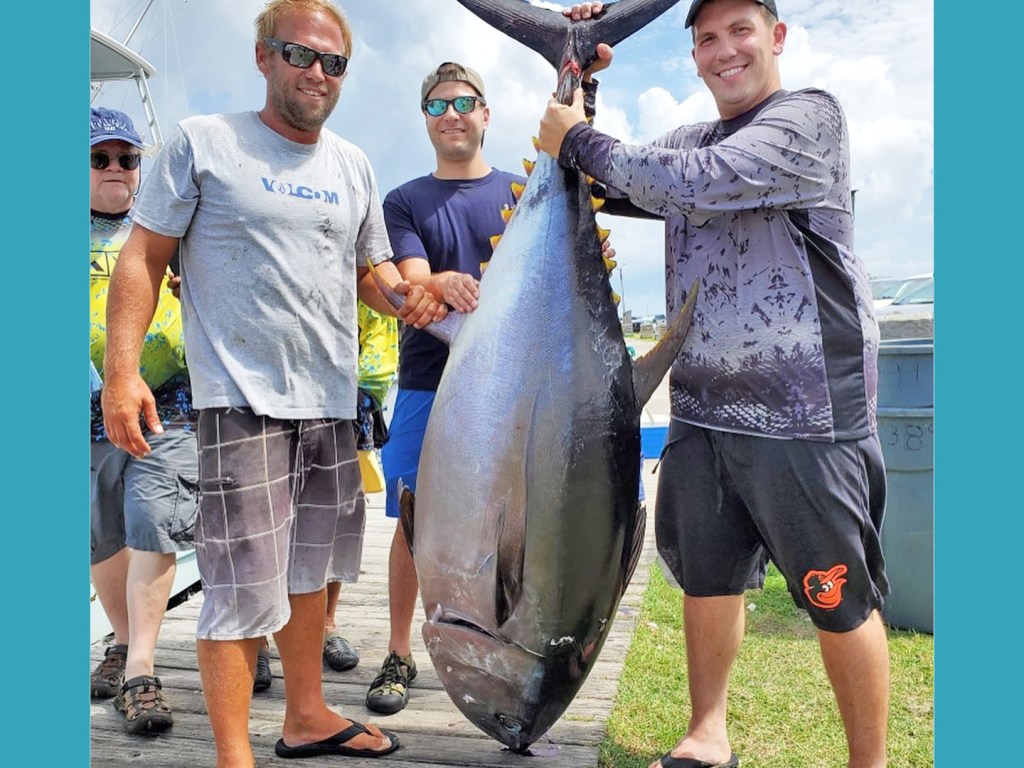 Tuna anyone? How about this a 267-pound bigeye aboard The Hooker. These guys look pumped up for sure. Courtesy Oregon Inlet Fishing Center

There’s a new fishery in Ocracoke and it’s causing quite a stir with several charter boat captains. According to reports from Tradewinds Tackle Shop, the guys are “all cranked up about swordfish.”

Several hook ups with fights allegedly running into the wee hours of the morning have been reported. So far, a 375 pounder and a 70 pounder have been brought back to the docks, said Ken DeBarth of Tradewinds.

Tuesday morning, he was so busy at first he couldn’t pick up the phone, much less talk about fishing. But eventually, he did.

DeBarth said offshore charter boats Dream Girl and Drum Stick are hard on it but he hasn’t heard of anyone else trying for the swords. Everyone else, however, is catching dolphin and tuna.

Nearshore anglers are catching king mackerel, tripletails, triggerfish and amberjack, he reported. Surf fishing has also been good, DeBarth said, with a lot of big pompano, bluefish and sea mullet.

“Spanish mackerel at dawn and dusk on metal,” he added. “We’ve also had the best speckled trout bite in years – someone got a twenty-nine incher!”

They’re also seeing big gray trout, flounder and scattered big drum. In the Ocracoke Inlet shallows, puppy drum and pompano in the shoals in the sound.

Up north at Hatteras Harbor Marina, Jennifer Scarborough said the offshore boats have been doing well when the conditions were favorable for fishing.

“We had a couple days when weather played an issue,” she said. “But we’ve had excellent dolphin fishing with scattered blackfin tuna and scattered wahoo.

“A blue marlin was caught Sunday on the Hatteras Fever,” Scarborough continued. “It was caught by a ten-year-old boy!” 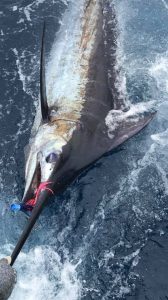 With the catch and release of the blue marlin, Connor McInnis of Jacksonville first made a lifetime memory and second, he became eligible for a citation for the catch.

She added that July 4 was packed on Hatteras Island, but on Tuesday morning she said it was quiet and reported that some heavy winds and squalls had come through earlier in the day, so they only had four boats out.

Further north at Oregon Inlet, booking agent Denise McNamara at the fishing center also said the weather has impacted the number of trips out to sea lately.

Sunday, hardly anyone went offshore, but inshore they another good day of speckled trout and sea mullet, McNamara said.

Saturday, offshore anglers did well on The Hooker with a 267-pound big eye and a 101 pounder on the High Return, she reported. There was a lot of yellowfin tuna and dolphin caught, too.

Nearshore, kings and albacore were taken while inshore anglers did well with speckled trout, McNamara said. She added that folks have enjoyed all of the changes at the Oregon Inlet Fishing Center this year.

“Come down and see the place, it looks great!” McNamara said. “We have new floors and it’s all fresh painted with the clutter gone.

“It looks real good!” she noted. 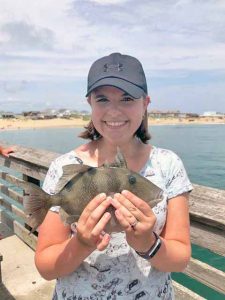