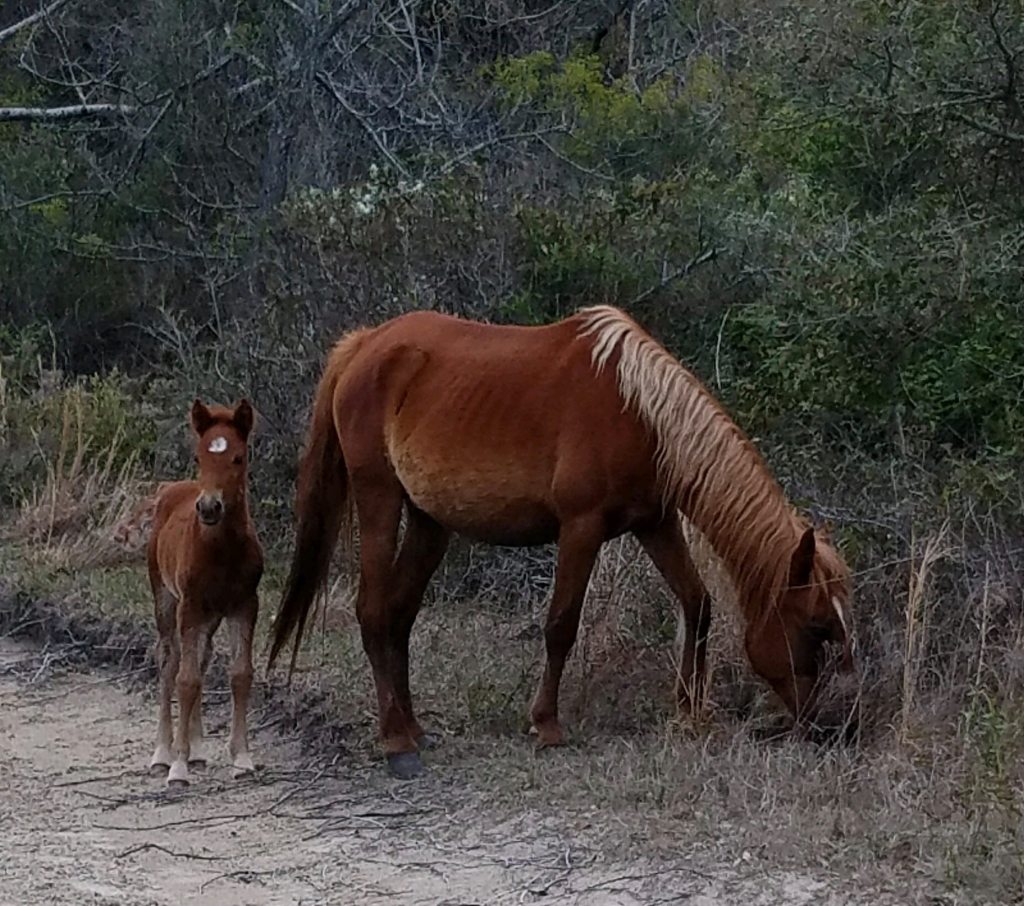 Rosie and her mother at the beginning of April. Courtesy Corolla Wild Horse Fund

A mare from the Corolla wild horse herd has died. The Corolla Wild Horse Fund reported that their herd manager had gotten a call around 6 a.m. Saturday that a horse was tangled in wire.

“Upon arrival, it was clear that the mare had run head first into an unmarked guy-wire and died instantly,” read the post on the group’s Facebook page. “She has been respectfully buried in a secluded spot not far from where she died.”

The mare was the mother of Rosie, who was born in March. Rosie is old enough to survive without her mother’s milk, and “after observing her with the rest of the harem we decided to leave Rosie on the beach for now. She is grazing and drinking water, and the other mares in the harem are incredibly attentive and protective. We will obviously be keeping a close eye on her and will intervene at the first sign of stress, but we would really like to give this girl a chance at carrying on her mother’s legacy in the wild,” continued the CWHF statement.

While the incident was the result of the horses chasing each other, CWHF reports they “will be calling the power company on Monday to discuss having all of the power poles checked and markers put on any bare guy-wires.”

CWHF was incorporated as a nonprofit charity in 2001 with a mission to protect, conserve, and responsibly manage the herd of wild Colonial Spanish Mustangs that roam the northern Currituck beaches. The group’s headquarters is located in Corolla. They may be reached at 252-453-8002.