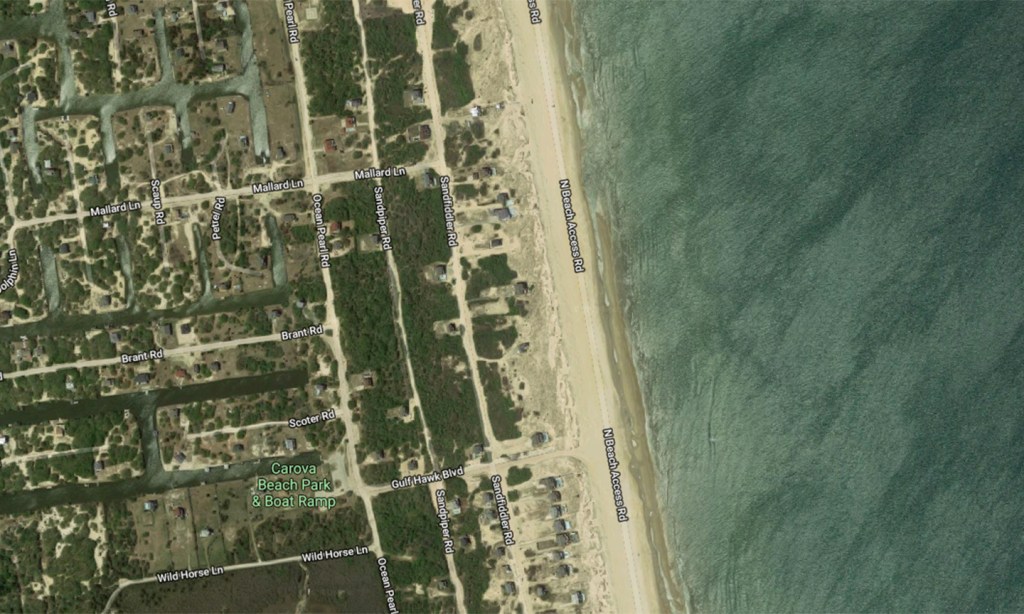 A seven-year old Richmond, Virginia boy was injured Saturday morning when he apparently dashed in front of a Currituck Sheriff’s Office vehicle on Carova Beach. According to a preliminary report by the North Carolina Highway Patrol, the youngster appeared to unexpectedly dart into the path of the CCSO vehicle and was struck. The boy suffered what is termed a minor head injury.

Currituck County Fire and EMS responded to the incident that happened around 9:30 a.m. on July 13 near milepost 16. Ralph Melton, Chief of Fire-EMS for the County of Currituck, said as a precaution the boy was airlifted to Children’s Hospital of the King’s Daughters in Norfolk. He said the boy is in good condition. On Monday morning, Sheriff Matt Beickert reported the boy had been released from the hospital and is back on vacation with his family.

In a CCSO press release, Beickert advised that the deputy involved in the collision was traveling about 5 miles per hour when the accident happened.