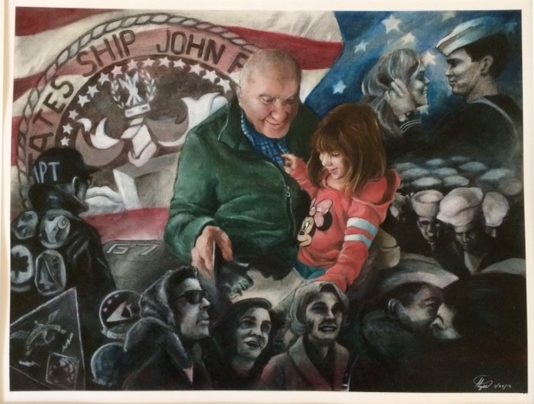 Each year, more than 3,500 high school students from across the country participate in the Veterans of Foreign Wars (VFW) Auxiliary’s Young American Creative Patriotic Art Contest. The contest began in 1979 to recognize up-and-coming artists and encourage patriotism in youth. Any student in grades 9-12 who is enrolled in a public, private or parochial high school or home study program in the United States is eligible to enter the contest. Applicants do not have to be related to a VFW or VFW Auxiliary member to participate, but the student must attend school in the same state as the sponsoring VFW Auxiliary.

Alyse M. Stewart, a rising senior at Manteo High School, was the 1st Place Winner of this year’s local patriotic art contest held in April by Outer Banks VFW Auxiliary 10950, which was newly instituted in December of 2017. After winning the contest on the Outer Banks, Alyse’s painting was subsequently entered into the North Carolina Young American Creative Patriotic Art competition at the state level.

It was announced at the joint VFW/VFW Auxiliary’s Council of Administration in Cary on June 21 that Alyse Stewart had won the contest for the state of North Carolina. Alyse’s painting has already been shipped to Orlando, Florida to compete against the winning artworks of the remaining 49 states for national awards totaling $29,500. The first place winner of the national contest will be awarded a $15,000 scholarship. The national winner will be announced at the 106th VFW/VFW Auxiliary Convention taking place July 20-24 in Orlando. 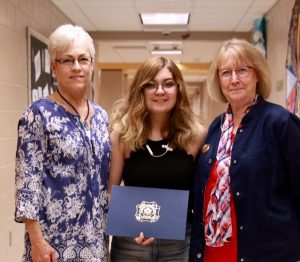 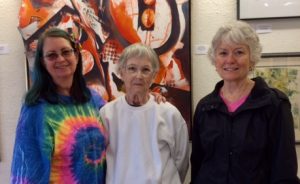