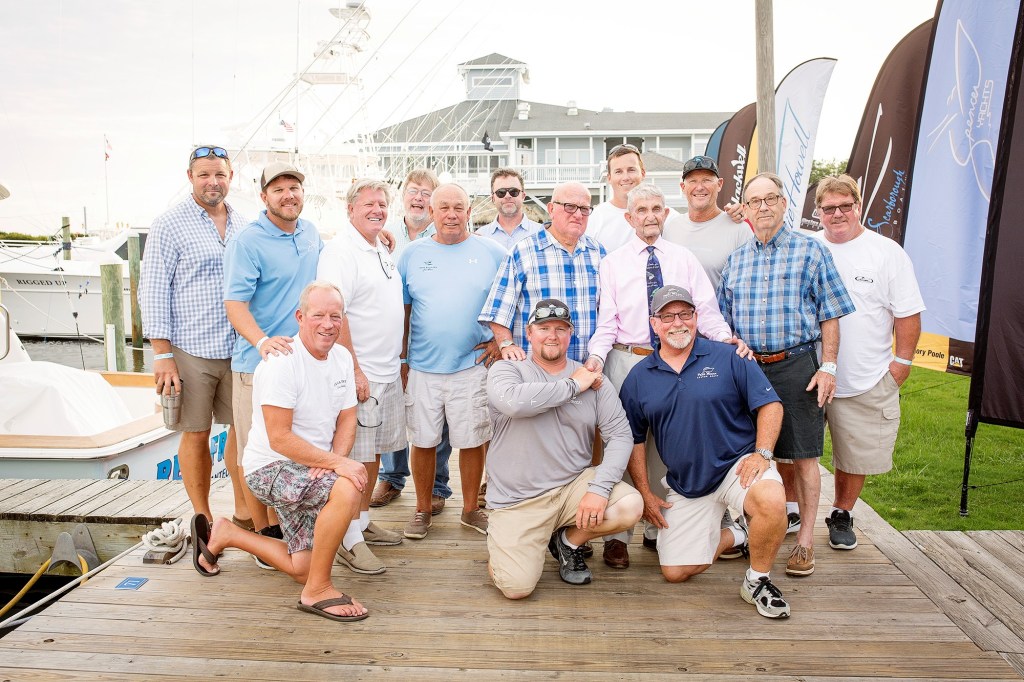 This photo of Dare County boat builders was taken on Thursday night at last year’s Carolina Boat Builders Tournament before Omie Tillett died. They all come out on Thursday nights of the annual event to meet and greet everyone. Pictured in the back row, from left, are Ricky Scarborough Jr., Daniel Spencer, Paul Spencer, Craig Blackwell, Dean Johnson, Patrick Harrison, Bob Sullivan, John Bayliss, Tillett (in front of John), John Bayliss Jr., Sunny Briggs and Bobby Croswait. Kneeling in the front, from left, are Billy Maxwell, Aaron Croswait and Paul Mann. Be sure to get out there this Thursday to meet these legendary boat builders and help raise money for the Dare County Boat Builders Foundation. File photo courtesy Dare County Boat Builders Foundation

Boats, captains, mates and anglers from all over the mid-Atlantic and beyond converge on Pirate’s Cove this week for the 16th annual Carolina Boat Builders Tournament.

Organized by the Dare County Boat Builders Foundation, the event raised $83,000 designated for scholarships that were awarded last spring. It’s open to both custom Carolina boats and production ones.

In addition, the tourney puts the best built boats in the region fighting head to head to land the largest meat fish in one category and most billfish in a release category.

Gulf Stream waters due east of Oregon Inlet are internationally known as a mecca for all sorts of gamefish, so everyone was busy this week getting their boats, crews, tackle and game plans ready to compete.

Unfortunately, the week started off slowly according to the Pirate’s Cove online report, but they were hoping a change in the wind direction mid-week might stir things up just in time for the tournament. 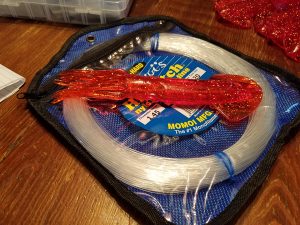 Captains and mates were busy this week getting their vessels ready and their tackle tied right. Pictured is a squid bait and some heavy monofilament line used for a teaser. Daryl Law photo

Teams fish two out of three days starting Thursday. Boat crews compete for largest dolphin, tuna and wahoo as well as for the most billfish releases because thankfully it’s not a kill tournament, says organizer Jennifer James.

“Head over to Pirate’s Cove this week and join in the fun of one of the summer’s most highly anticipated fishing events,” she said in a prepared statement. “Each boat’s entry fee helps support a wonderful scholarship program operated by the Dare County Boat Builders Foundation.”

The first of four nightly socials kicks off on Wednesday, July 24 with a cocktail party and dinner prepared by boat builders Paul Mann and John Bayliss, James said.

She invited people to come out each night to stroll the docks and enjoy cocktail hour, a silent auction, food and even a few vendors displaying jewelry and sunglasses.

Thursday night, Sam and Omie’s will cater the dinner and Friday night, Tom Thumb and Bayliss will be cooking, James said. Tickets for the parties are $30. Ticket sales for Saturday’s event are limited and cost $50.

Prizes are granted for multiple levels and can be thousands of dollars for the top anglers, the foundation reports. All proceeds go to benefit this non-profit foundation dedicated to preserving Dare County’s boat building heritage through educational programs and scholarships.

“All in all, this tournament is a truly fantastic way to celebrate the fishing and boating lifestyle on the Outer Banks,” James said. 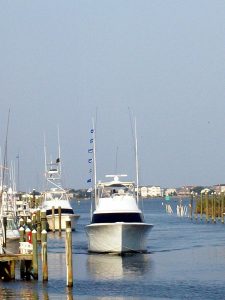