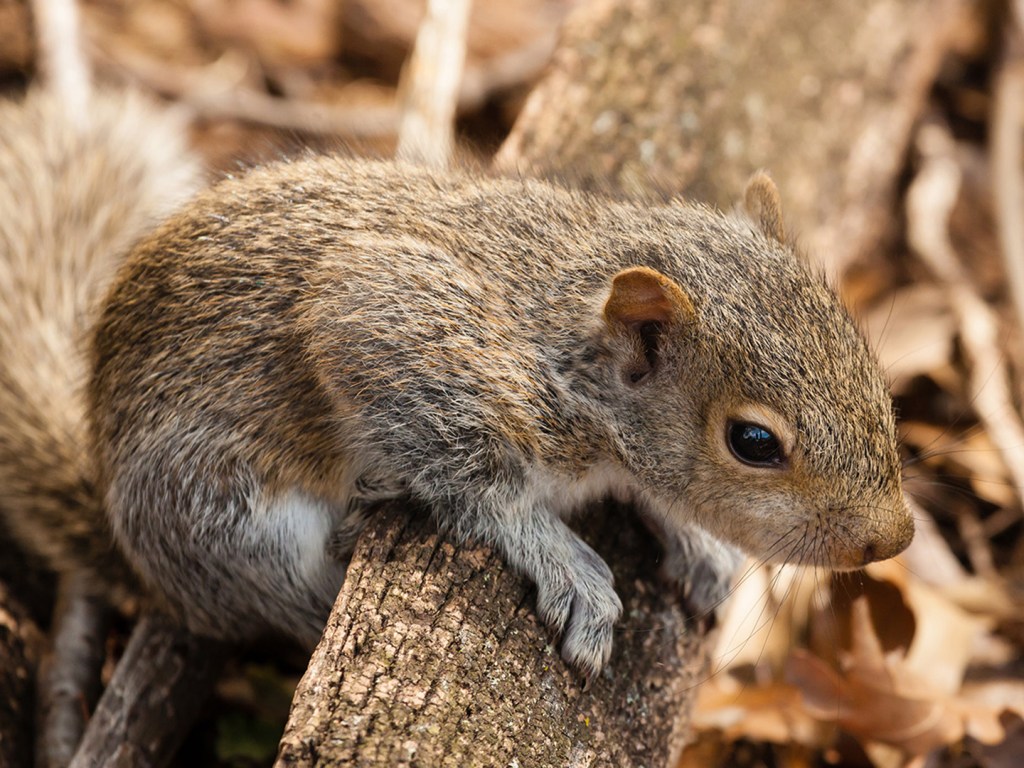 The N.C. Wildlife Resources Commission is reporting that biologists with its Wildlife Helpline are seeing an influx of phone calls from concerned citizens who think they have found an “orphaned” baby squirrel and want to know what to do.

August is typically the peak time of year when wildlife professionals see a spike in reports of “abandoned” baby squirrels. That’s because August is when gray squirrels, North Carolina’s most abundant native squirrel, are giving birth to their second litters of the year. Summer storms and an increase of tree-cutting activities during warmer months can displace young squirrels from their nests.

When this happens, female squirrels will rebuild the nest and retrieve their young, even if the young have been handled by humans.

“It’s a myth that most animals will abandon their young if they’ve been touched by humans,” said Falyn Owens, WRC’s extension biologist. “Unless you have been advised to do otherwise by a wildlife rehabilitator, leave the squirrel where you found it. You can check back every hour or so but avoid ‘hovering’ as your immediate presence likely will keep the female away.”

“Do not take the young squirrel into your home or attempt to care for it. Although people may mean well, handling a wild animal, particularly a young one, can cause more harm than good. This is especially true if the female comes looking for her young and can’t find them,” Owens continued

The chances that a young wild animal will survive for long in the care of humans are pretty slim. Even those that stay alive long enough to be released usually lack the skills to survive on their own, Owens added.

Owens cautions that it may take several hours for the female to return and retrieve her young, particularly if the nest has been destroyed and she needs to construct a new one.

“If this is the case, a wildlife rehabilitator may advise you to place the young squirrel in an open box near where you found it to keep it safe and warm until the female is ready to return it to the nest,” Owens said.

If there has been no sign of the female and the young squirrel is in the same place after several hours, get the advice of a wildlife rehabilitator before taking further action.

“Remember the best caretaker for any young wild animal is its own mother. The ideal way to help is to give it the best possible chance of being reunited with its mother, or if necessary, taking it to a licensed wildlife rehabilitator who can provide proper care until it can survive on its own,” said Owens.

While most often the hands-off approach is best, there are times when human intervention can help, such as if the animal is noticeably sick or injured, it is following people or pets, it has been handled by a pet or if it has been in human care for 24 hours or more.

In these instances, calling a licensed wildlife rehabilitator is strongly recommended as it is illegal in North Carolina to keep native squirrels as pets or to keep one in your possession except to transport it to a licensed wildlife rehabilitator.
For questions regarding human interactions with squirrels or other wildlife, visit ncwildlife.org/Have-A-Problem or call the Commission’s N.C. Wildlife Helpline toll-free at 866-318-2401. The call center is open Monday through Friday (excluding holidays) from 8 a.m. to 5 p.m.

Tip of Cape Point reopened to pedestrians along east-facing…