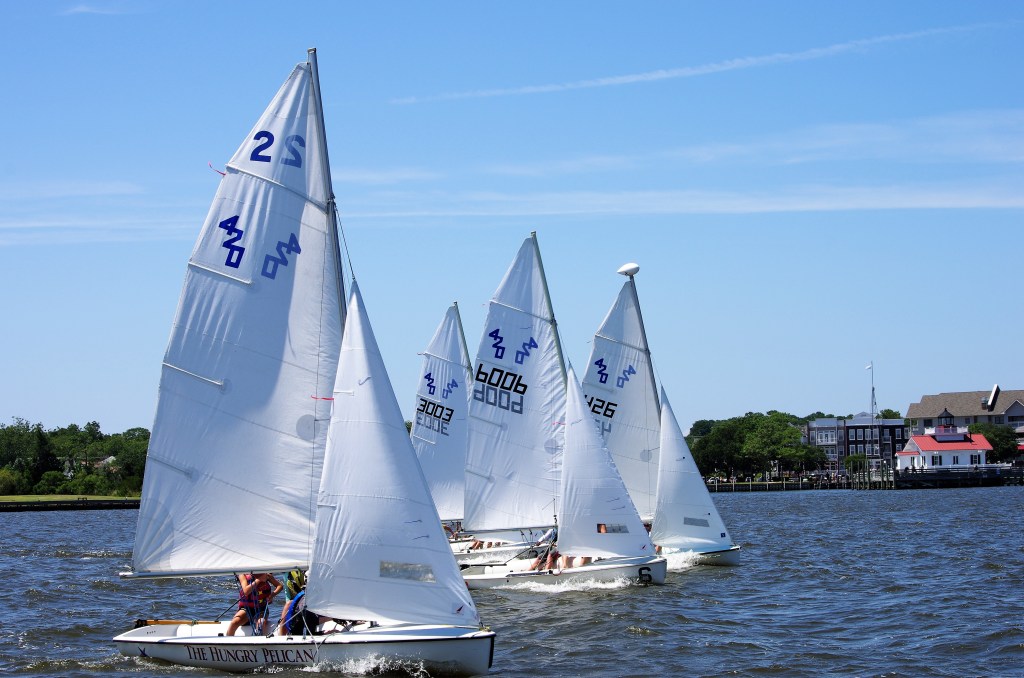 Thirty-four sailors participated in the 17th Annual Town of Manteo One Design Regatta on Saturday, July 27. Under clear skies with NNE winds between 13 to 18 mph, it was a perfect day as family and friends cheered on their favorite sailors.

The largest fleet was the 420 class with seven boats. The 420 is sailed with a two-person crew. First place went to Emily Currier and Will Game from New Bern, second place went to Owen McCall and Townes Manning from Kill Devil Hills and third went to Drew Whitehead and Hunter Clark from Southern Shores.

The Topaz fleet had five boats. The Topaz is sailed with a crew of one or two. First place went to Graham Foster from Trent Woods and Howard Maye from Raleigh, in second place was Michael Peters from Southern Shores and Dylan Johnson and Adlai Berryman from Kill Devil Hills came in third.

The Optimist fleet had eight boats competing. The Optimist is sailed by one sailor. Ben Phelps from Alexandria, Va. took first place, in second place was Devon Roth from State College, Pa. and third place went to Max Petrella from Oak Ridge.

The regatta was hosted by the Roanoke Island Maritime Museum and sailed in Shallowbag Bay. The regatta signals the end of the Outer Banks Community Sailing Program’s summer youth sailing camps.