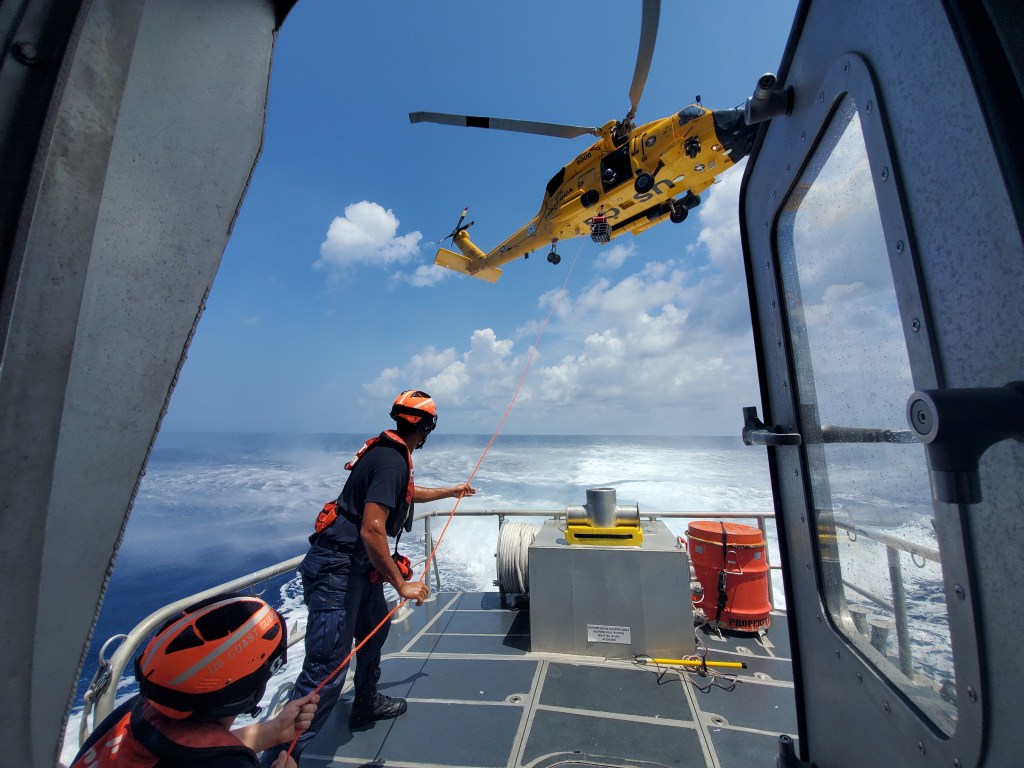 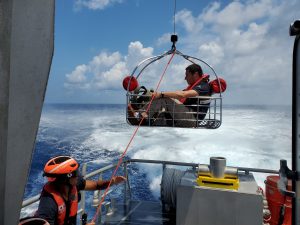 The female and an accompanying nurse were transferred to the response boat, which was then met en route by the Coast Guard helicopter, who hoisted the two aboard to facilitate expedited care. The personnel were then transported to the Naval Medical Center at Marine Corps Base Camp Lejeune for further care.

“Good communication between the response boat and the aircrew is crucial to conducting a complex evolution like a boat-to-helo transfer,” said Lt. Nicholas Kealy, an MH-60 Jayhawk helicopter pilot at Air Station Elizabeth City. “We train every day so we can safely conduct these transfers and get patients the help they need.”