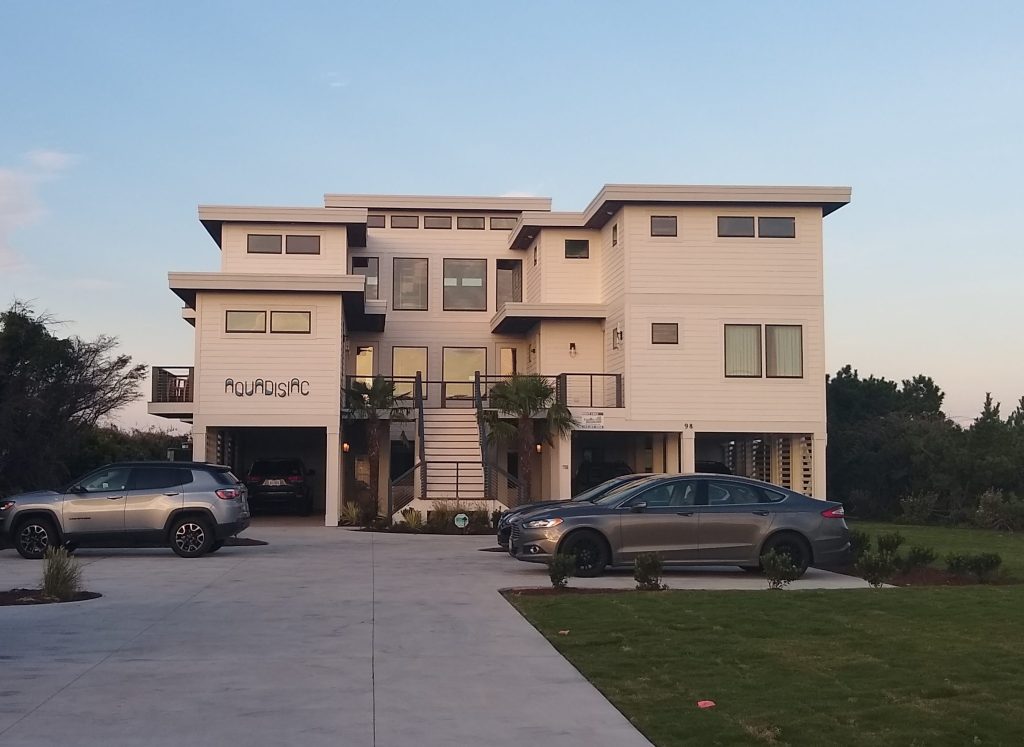 A 98 Ocean Boulevard Drive home was part of a court case challenging the issuance of permits authorizing its construction. A North Carolina administrative law judge ruled Monday that there was no evidence that Town of Southern Shores officials acted erroneously and no evidence of an environmental reason for rejecting permits. Philip S. Ruckle Jr. photo

A North Carolina administrative law judge ruled August 12 that there was no evidence that officials acted erroneously or that they failed to act as required by law when the request for two Coastal Resources Management Act permits were not disputed.

There are no hotels in Southern Shores and the majority of the town is comprised primarily of low density neighborhoods with low-profile single family homes on lots of 20,000 sq. ft. or larger. Census data indicates that about one third of Southern Shores houses are “seasonal rentals.”

Citizens have voiced complaints about the construction of large permanent and seasonal rental homes where older, single family homes once stood.

SAGA Construction Co. was required to meet specific guidelines to obtain CAMA permits since both parcels are located in an “area of environmental concern.” On October 22, 2018, permits were issued for the two Ocean Boulevard Drive projects with a comment that they were consistent with the local Land Use Plan and all applicable ordinances.

All NC municipalities with a population of 5,000 or more are required to adopt a code of ordinances and a town’s Land Use Plan provides guidance for the development of those ordinances. The Southern Shores Land Use Plan recognizes tourism as a driving economic force on the Outer Banks.

Although records show petitioners agreed that the proposed structures met zoning ordinance criteria, their complaint was that the buildings are not compatible with an “aspiration” expressed in the Land Use Plan’s Vision Statement and that the scale and architecture is not compatible with existing homes.

According to the opinion issued by J. Randolph Ward, there is no evidence of an environmental reason for rejecting permits for 98 Ocean Boulevard Drive and 134 Ocean Boulevard Drive, and that the permits are not in conflict with the town’s “2012 CAMA Land Use Plan” currently in effect.

The Attorney General’s Office represented the town and CAMA. A companion case is still on appeal in Dare County Superior Court from a Southern Shores Board of Adjustment decision with no trial date assigned yet.