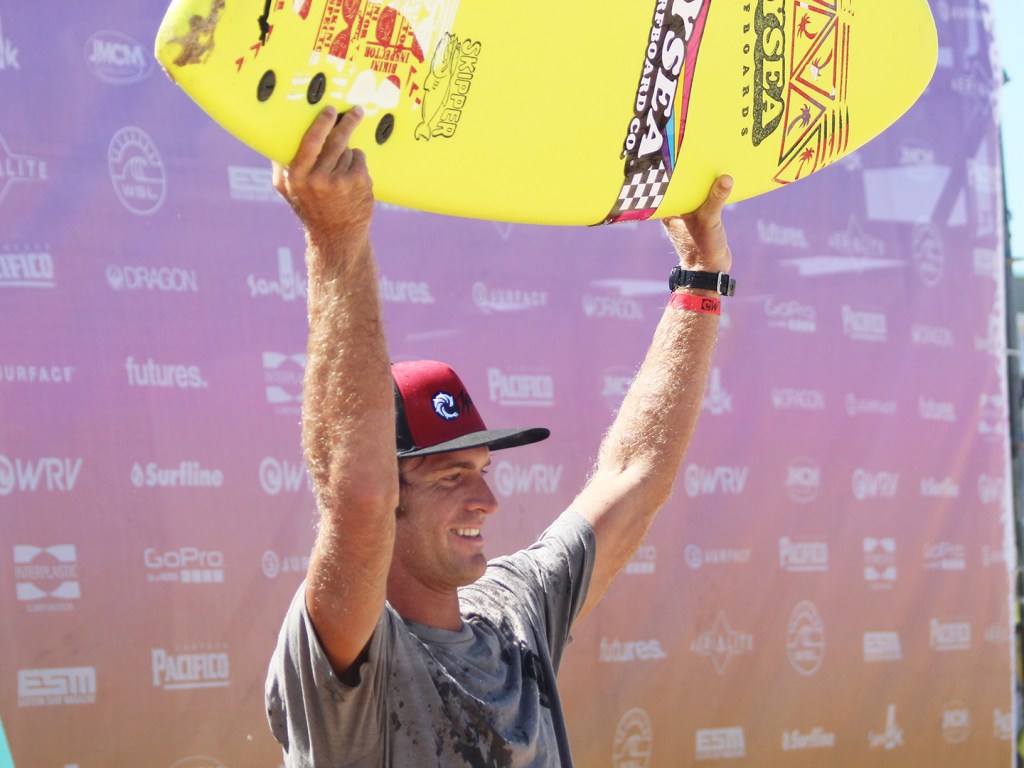 According to NOAA, some of the models have it tracking up the East Coast, which in turn has a strong possibility of cranking up a solid swell just in time for the event, forecasters say.

As it stands now, the contest will get underway Wednesday, Aug. 28 and run through Sunday, Sept. 1 on the south beach of Jennette’s Pier in Nags Head.

Event director L.G. Shaw of Virginia Beach said people should look for updates on www.wrvobxpro.com to see when the heats are running or to watch them live. There are extra days called “lay days” built in just in case there aren’t any waves.

In addition to the 96 men signed up, Shaw was happy to announce that 36 pro women surfers are also registered. The WRV OBX Pro serves as a qualifying event for the World Surf League for both men and women.

“The women will have one full day for their heats,” Shaw said. “With thirty-six women, that’s up some twenty percent from last year.” 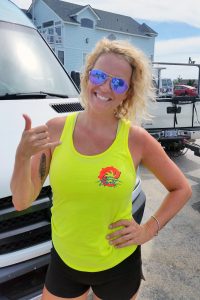 He explained that the increase reflects the overall growth in the sport for women of all ages: “That’s what we’re seeing in the surf world, an increase at all age levels.”

As for the storm, Shaw said he would hate to see another storm event that does the type of damage Michael did last year, but admits in general, tropical lows usually create surf.

“In theory, it could create challenging conditions, which are better than flat conditions,” he said. “It has the same lines as Matthew . . . that gave us great waves.”

Visitors can also sign up to test drive a Jeep or help clean up the beach on Saturday, Aug. 31 at 9 a.m. Additional vendors include CLIF Bar, Dragon and Sanuk.

This past Friday morning, the National Hurricane Center reported that a weak area of low pressure had formed off Florida and it had a good chance to become a tropical depression over the weekend.

Forecasters raised the probability of development to 70 percent over five days. That’s up from just 20 percent on last Thursday.

The low was forecasted to move over South Florida Friday night, but then it could emerge back over the Atlantic on Saturday, the National Hurricane Center said.

A tropical depression could form then or early next when the system is near Central Florida. Then it is expected to track north and along the Southeast coast.

A system has to have a closed center of circulation and winds of at least 39 mph to be considered a tropical storm and get a name. The next name on the list is Dorian. 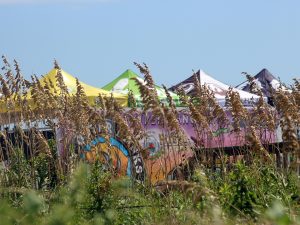 Just look for the judges’ tents on the beach during next week’s WRV OBX Pro surf contest that runs Wednesday, Aug. 28 and run through Sunday, Sept. 1 on the south beach of Jennette’s Pier in Nags Head.

The Peanut Butter Falcon: For Zack and Shia, a buddy movie becomes a real friendship

The Peanut Butter Falcon: For Zack and Shia, a…