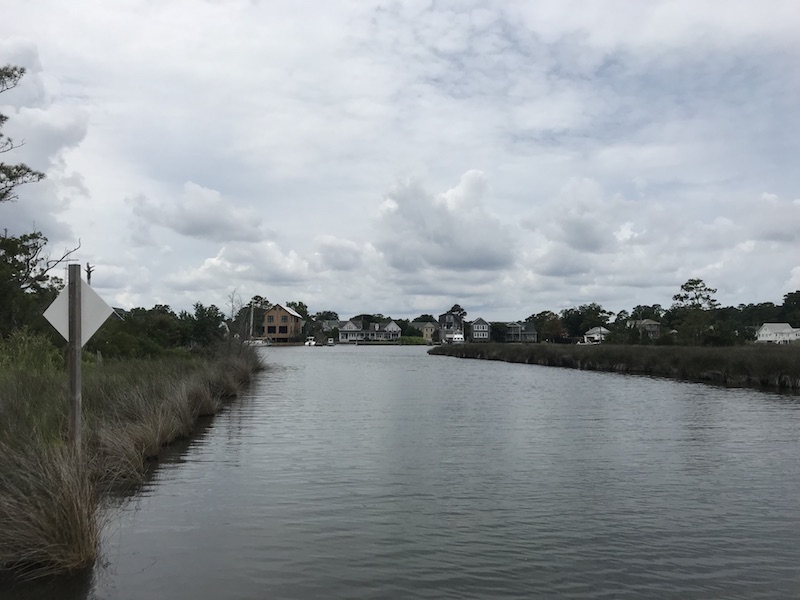 An investigative report released by the Office of the State Auditor concluded that a now-former Manteo commissioner derived direct benefit of $12,500 from a contract related to the Doughs Creek Canal dredging project.

Manteo began the Doughs Creek Canal dredging project in November 2017 and concluded it in August 2018. The project cost approximately $743,000. The State Auditor report states the auditor’s office received multiple varied allegations through its hotline concerning the Doughs Creek Canal dredging project. In the course of the investigation, concerns were also identified regarding a Town of Manteo commissioner using state funds for his personal benefit.

The findings of the report alleged the town commissioner derived direct financial benefit from a contract to obtain a transfer site for the dredging project he was involved in making or administering for the Doughs Creek Canal dredging project.

Although the report did not identify the commissioner, it was previously reported that auditors in 2018 had requested details for a property leased for the use of unloading dredge spoil from the canal dredging. Known as the Klimkiewicz property, it was leased for $50,000 for 120 days. Then-commissioner Hannon Fry was identified as the property agent and former mayor Lee Tugwell acted as the on-site agent for the leased property.

According to the report, the former mayor told investigators that the $12,500 payment from his corporation to the commissioner was a “gift.” He said, “Let me be clear, that money was all given to me, and I am allowed to spend my money in any way I see fit and for whatever reason I see fit.” He added that the $12,500 payment to the commissioner “is not public knowledge . . . because people would start connecting it to [the Commissioner] got paid for some of this dredging project.”

In addition, the report found the commissioner may have violated state statutes when he voted on and motioned to approve the $50,000 budget amendment for the lease of parcels of land, signed as the agent for the limited liability companies on the Town of Manteo vendor applications and received a payment to lease the land. As a result, the town may have overpaid for the contract, according to the report. The finding has been referred to the District Attorney for the First Prosecutorial District to determine if there is sufficient evidence to pursue criminal charges related to the direct benefits derived.

The auditor’s report also found that “The Finance Officer failed to follow policies before approving the invoices submitted by a former mayor of the Town of Manteo (former Mayor). Town policies required the Finance Officer to ensure that all expenditures are adequately documented, reasonable, and necessary.”

The report recommends the town manager should take appropriate disciplinary action against the finance officer and provide additional training to ensure all town employees understand and comply with the established policies and procedures.

The auditor also recommended the town’s Board of Commissioners should consider seeking repayment of $12,500 paid to the former mayor’s corporation given the lack of documentation that services invoiced as “third party observer” were reasonable, necessary or actually performed.

The Town of Manteo responded to the report noting that the town takes the allegations of the Office of State Auditor very seriously and is committed to appropriate corrective action. The town stated irrespective of the factual predicate, the town intends to honor the recommendations of the State Auditor and seek repayment of $25,000 from the former commissioner and agent. Any funds received will be returned to the original funding sources.

The Town of Manteo will also investigate the actions of the finance officer for possible discipline. The town manager will continue compliance training of employees and the town will review and update policy and procedures.