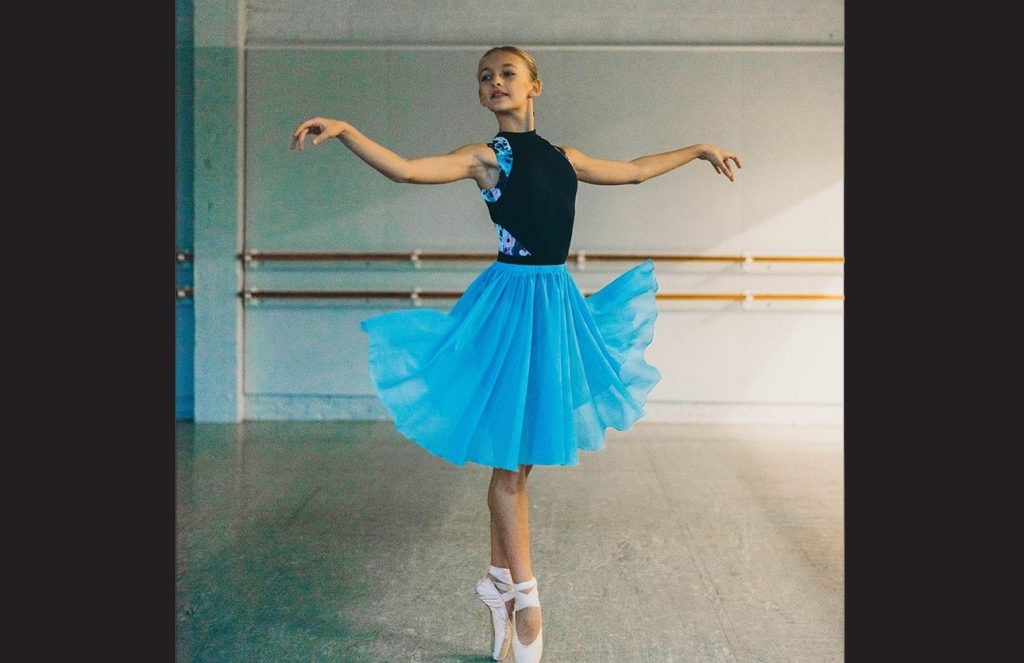 Kitty Hawk has its own rising star. Twelve-year-old Mariah Bennett has been dancing since she was three years old and her dream is to become a professional dancer, with a focus in ballet. Now dancing for Ballet Virginia, Mariah is on the fast-track to stardom.

“Dancing is very expressive; you have to strive to get better and also it’s just a lot of fun to do. I have a lot of passion with it,” Mariah said. Her passion runs deep during her 14-15 hour week of just ballet practice. Mariah’s parents drive three hours to and from Virginia four times week just so Mariah can perfect her craft. 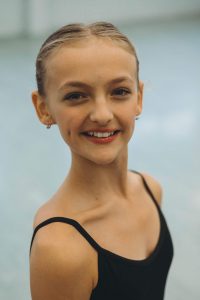 Mariah’s mom, Anlouise Bennett, said the driving is stressful, especially with Mariah’s one-year old sister and younger brother at home. Anlouise and her husband take turns bringing Mariah back and forth from Virginia. “It’s been worth it,” Anlouise said. “When we switched over to the new ballet school [Ballet Virginia], that’s when she really started to be featured in dances and started to grow.”

Mariah has been dancing for Ballet Virginia since March. Since then, she has been invited to the pre-company portion of the studio. “The director tells us she improves every week,” Anlouise said.

“Mariah is the full package,” Suzanne Lownsbury, co-artistic director at Ballet Virginia said. “We took her to the next level and try to challenge her every time she comes in.” Through their program, Mariah has learned how to take criticism and constructively use it to make her a more well-rounded ballerina.

“We were shocked and appreciative of how they have been there to guide Mariah and put a lot of focus on helping her,” Anlouise said. Mariah will be performing in Ballet Virginia’s upcoming show, “The Nutcracker.” “I’ll be playing the role of Marzipan,” said Mariah.

Ballet has proven to be more than just a hobby for Mariah. She said she hopes to perform with the American Ballet Theatre in New York eventually. “Her instructors have told us before she’ll end up leaving at 15 to go somewhere else. They know that that’s what it takes for a ballet dancer to reach their full potential,” Anlouise explained.

Despite how talented Mariah is and how far she has come, this is just the beginning of her ballet career. She has a long way to go to become a professional dancer. “It’s not all frills all the time,” Anlouise said, “the ballet world is hard and it’s hard on the ballet dancer. Their bodies go through a lot.”

With all the time and effort Mariah has been putting into dance, she still finds time to live the life of a regular seventh grader. Mariah was homeschooled for most of her life, but Anlouise decided it was time for her to grow in a middle school setting. Mariah is currently attending First Flight Middle School.

“This year I just felt like she needed to go to school to help her prepare for being on her own,” said Anlouise.

Mariah said her favorite subjects are math and P.E. and she just went to her first middle school dance a couple weeks ago. “It’s important for her to do that and not just dance all the time,” Anlouise continued.

Mariah has not only made her presence known to the Outer Banks community and in Virginia, but she was recently recognized globally as a Grishko Ambassador. Mariah explained that Grishko is a Russian-based company that designs pointe shoes for ballet dancers. She was among twelve other girls in the United States to be chosen as an ambassador for this brand. 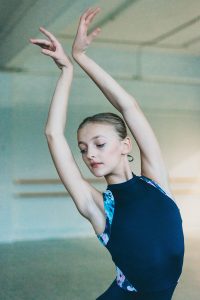 To be considered, Mariah had to send in a video of herself explaining where she was from. “I did my video at the national memorial,” she said. Wearing red, white and blue, Mariah explained what happened at the Wright Brothers National Memorial many years ago in her video. Now serving as a brand ambassador for an international company, Mariah has attracted the interest of over 11,000 people worldwide on social media.

“There are a lot of aspiring dancers and ballerinas in the world,” Anlouise said. “They like to see other people living their dream.” Anlouise runs Mariah’s Instagram page, where she has found a large following.

“She is a prodigy,” Lownsbury said. “She’s a delight to teach and she’ll be a professional before she knows it.”

To see Mariah’s performance in “The Nutcracker,” click here for tickets. The show will take place December 20 through 22 with afternoon and evenings showings.