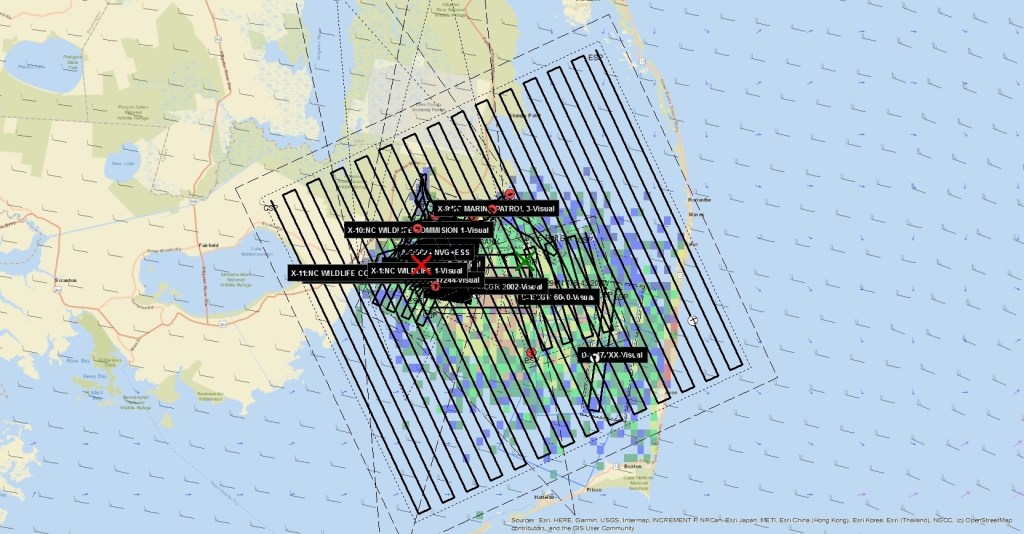 The Coast Guard suspended its search Thursday afternoon, January 9 for two mariners who were reported missing after the commercial fishing vessel Papa’s Girl capsized in the vicinity of the Pamlico Sound.

Watchstanders at the Fifth Coast Guard District command center were notified Tuesday night by a distress signal that was sent from the vessel’s emergency position indicating radio beacon.

At the beginning of the search effort, two of the four mariners onboard were rescued; one was later pronounced dead at Albemarle Hospital.

“The marine environment is a dangerous place to work because of the cold water, rough seas and high winds,” said Rear Adm. Keith Smith, commander of the Fifth Coast Guard District. “At this point, we’ve decided to suspend further search efforts for the two missing mariners, pending further information. Our thoughts are with the families and we are very grateful to the master of the vessel, whose EPIRB saved the life of the survivor.”