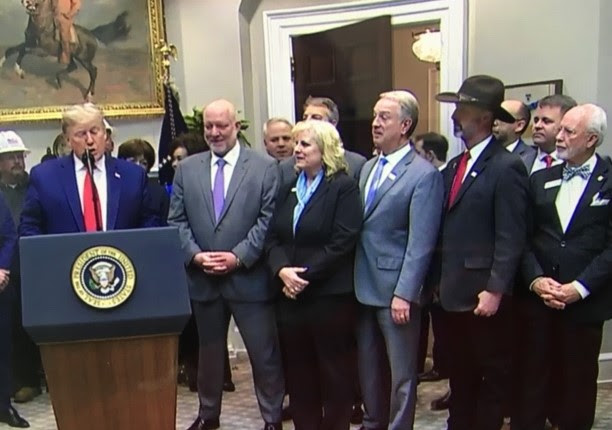 Bob Woodard, chairman of the Dare County Board of Commissioners, was in Washington, DC on Thursday morning, January 9 to attend the White House event where President Trump announced an update to the National Environmental Policy Act (NEPA) regulations in order to streamline and shorten review times for major infrastructure projects.

During his remarks, President Trump referenced the Marc Basnight Bridge over Oregon Inlet, completed in 2019, as a project that was mired down in regulatory issues for 25 years before being built. Trump said that the proposed new rule will overhaul the system and reduce the federal permitting process by up to seventy percent so that decisions can be made in two years or less.

According to Woodard, “It was an honor to be invited to the White House for the President’s infrastructure announcement. It is my hope that the proposed new rule will allow more timely construction of much-needed projects, which not only will improve our economy by creating jobs but will also ensure the safety of our residents and visitors.”