Highlight Reels: Hang up then hook up 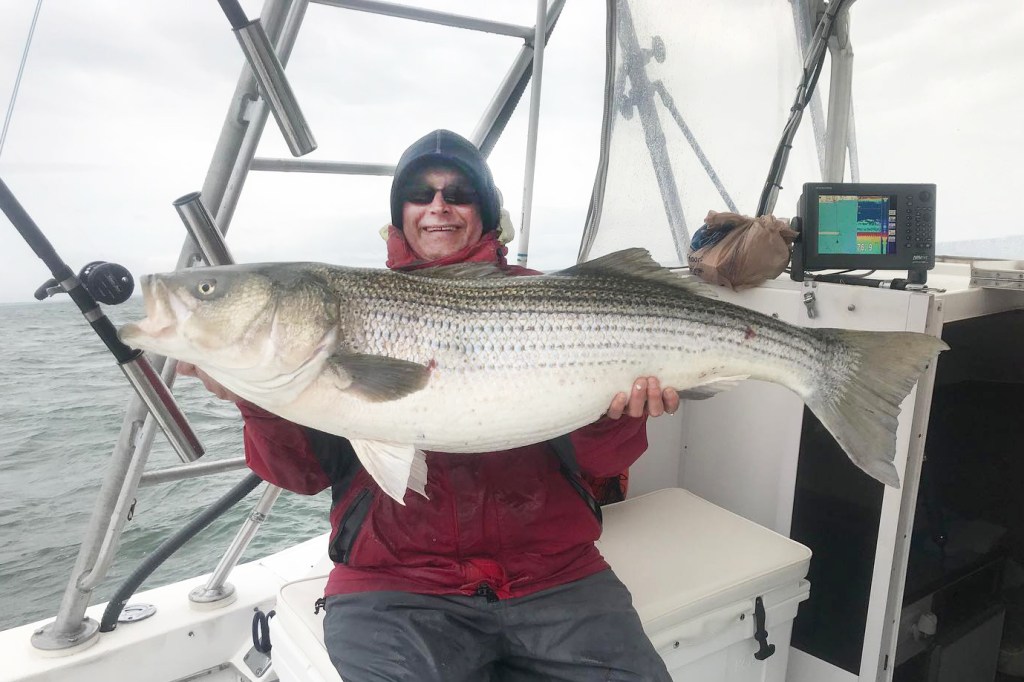 West Virginia angler Alex Foster caught a 48-inch pending catch and release world record striped bass while fishing off Cape Charles, Va. on Jan. 10. The fish tipped the scales at 58 pounds, far under the world record for the weight of a rockfish of 81 pounds, 14 ounces, which was caught in August of 2011 in Long Island Sound by angler Gregory Myerson. Courtesy Chris' Bait and Tackle

Anglers making the trip to Hatteras were rewarded with catches of drum, trout and puffers last weekend when the air temperatures were unseasonably warm and nice.

“We have heard about lots of short puppy drum and black drum today on shrimp and fatback at the jetties,” he said. “And a few blow toads and spiny dogs at Billy Mitchell (Airstrip in Frisco).

“Also, we were told about a limit of trout being caught today north of town so let’s get the kids out there fishing and off those phones!” Mike said.

In general, people are still catching some puppy drum and black drum in and around town and Mike said he just wanted to put it out there that Red Drum has fresh fatback for all.

Up at Oregon Inlet, David Atkins of Kill Devil Hills got into some drum, too. TW’s Bait & Tackle reported that he caught black drum and puppy drum around the north end of the Oregon Inlet bridge on Saturday.

“The red was a 17-inch yearling who was released alive,” he said. “But the black drum was dinner and my 8-month-old loved it baked!”

Jennette’s Pier, the only ocean fishing pier operating with winter hours, reported catches of shad Friday and dogfish on Saturday, Sunday and Monday.

At Avalon Pier, plenty of work is going into remodeling the pier house and fishing pier, which was damaged by Hurricane Dorian last fall. They are closed, however, to fishing.

Keith Tongier up at TW’s Kitty Hawk said the best thing to do this time of year is take a kid fishing for dogfish.

“Let them feel the bend of the rod!” he said.

If you have some fishing news and/or photos, send them to obxfishnews@gmail.com.