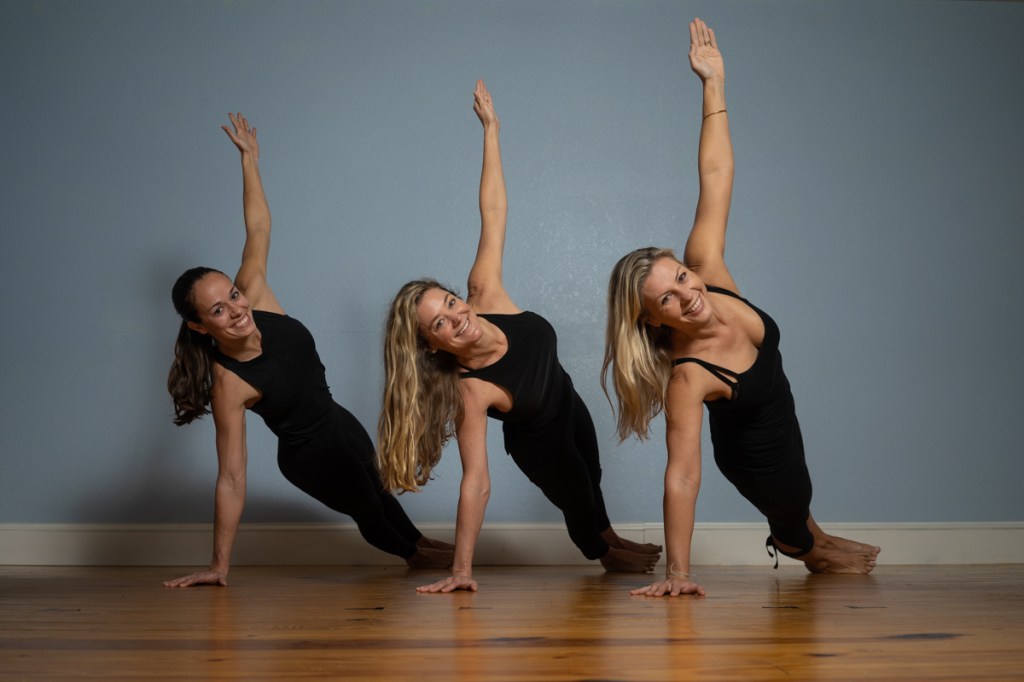 Cena Jennette took a big gamble when she decided to open up a small yoga studio in Hatteras. Five years later, she has a well-established and ever-growing studio, Hatteras Yoga, that has seen many faces come through its doors. Jennette serves as an inspiration to those who are thinking about making their little dreams into a big reality.

Jennette was born and raised in Hatteras. She made the transition from life on an island to city life by attending college at UNC Wilmington. There, she found two loves: her husband and yoga.

“Yoga wasn’t around in Hatteras when I was growing up,” Jennette said. After catching this “yoga bug” in her early twenties, Jennette moved the Florida where she started to teach yoga at the local YMCA.

In college, Jennette admitted she had a huge fear of public speaking and would avoid classes where she would have had to give presentations. “It’s funny to think about now,” she said. Jennette said she was able to move past her fears because she finds teaching to be so rewarding.

Jennette and her husband Wayland, who is also originally from Hatteras, decided to move back to their roots with their two children, Curren and Audrey, in 2010. This was when Jennette realized there was no yoga studio close to her; there never had been in Hatteras.

Facing this challenge head-on, Jennette decided it was time to open up her own studio. “I was scared to death to open one,” she claimed. After growing up in the small town, Jennette was nervous about how the residents would take to her business.

“In a weird way, I think it was meant to be,” Jennette said. Her mom owns an art gallery which had open space in the back. Jennette decided to transform this space into a studio, ordered some yoga mats and offered her first class on Memorial Day weekend in 2015, to which one person showed up.

“I was so happy,” Jennette laughed. That same customer who came on Jennette’s first day as a business owner now attends classes at Hatteras Yoga every May.

Through her five years owning and operating Hatteras Yoga, Jennette has brought in guest teachers from around the country that travel and teach. She also has local teachers that have bring their own unique styles of teaching to the studio. “That’s a fantastic way to get some different people to come in and it’s a great way for me to learn new things,” she commented.

Jennette’s studio offers classes such as vinyasa flow, which involves a series of postures and breathing techniques; yin yoga, a slow, meditative practice; and a happy hour fitness class, where you can “BYOW” (bring your own weights).

Classes run from Monday through Thursday, with extra classes on Saturdays. Jennette also offers private sessions and special events. Drop-in rates are $15 per person, which Jennette said she wants to keep so that her classes are something everyone can afford.

“I’m hoping for good things in 2020,” Jennette said. She wants her space to be somewhere that people feel comfortable and welcomed. New ideas are brought in every day and Jennette is hopeful that she will continue to grow with her business and keep living her dream.