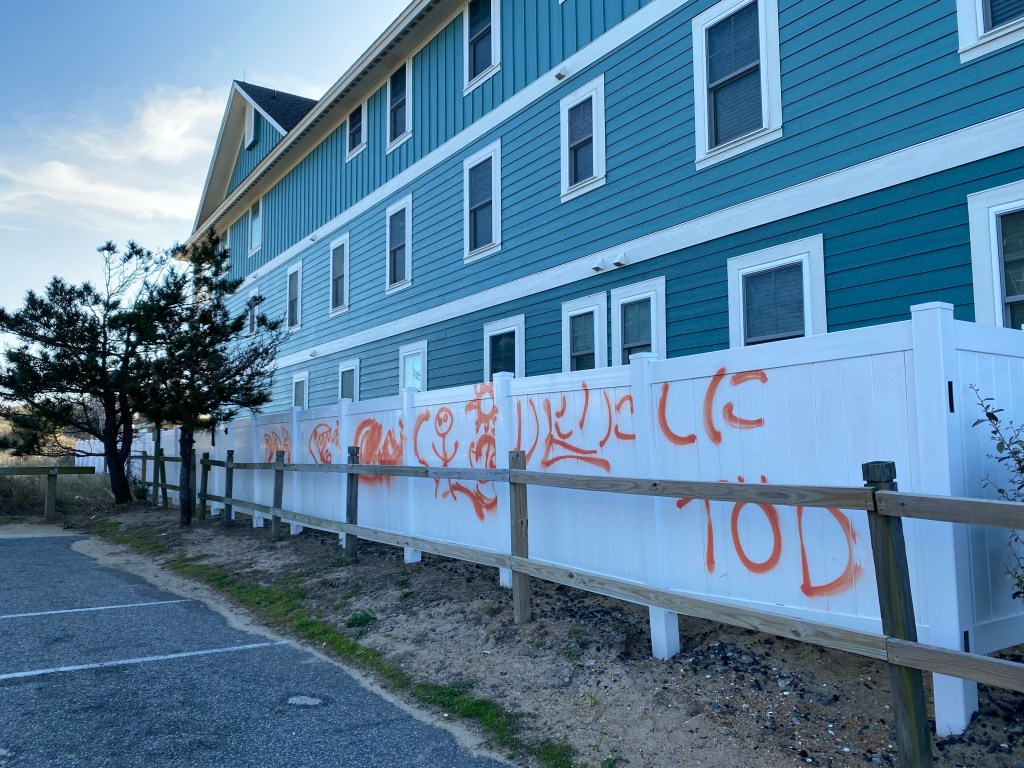 A fence adjacent to the Asheville Drive Public Beach Access in Kill Devil Hills has been vandalized.

Captain J.C. Towler with KDHPD said, “If we can identify who was responsible, they will be charged [for the] damaged property.”

Vandalism is a misdemeanor crime. The fines and punishment are all dependent upon what the person’s prior record is. A person with no record will be administered a minimal fine, whereas someone with a considerable record will be bumped in their jeopardy, according to Towler.

Officers have been on scene and have filed a report; an investigation is taking place. Towler said that if anyone has information, they can report it to the Crime Line at 252-473-3111 or call the police office directly at 252-449-5337 and speak anonymously. Anyone with information is eligible for an award.

Town staff have confirmed the fence is private property and the owners of the building beside the vandalized fence will be responsible for the clean-up and removal process.