North Carolina schools to stay closed through May 15; some businesses ordered to close 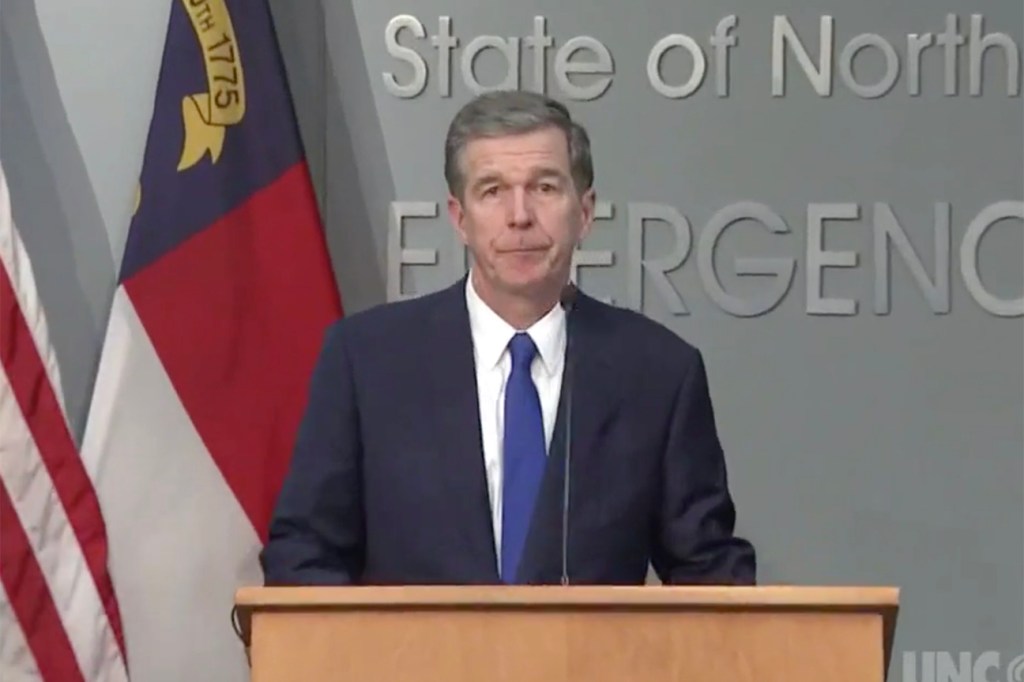 North Carolina Gov. Roy Cooper announced an executive order to extend statewide closure of public K through 12 schools through May 15, 2020.

The announcement was made at a press conference Tuesday, March 23. The existing order closed schools through March 30.

“This is what we need to do,” said the governor, who made the decision after reviewing CDC guidance.

Cooper, State Superintendent Mark Johnson and Vice Chairman of the State Board of Education Alan Duncan all thanked school officials, teachers and classified employees for working to make distance learning ready for students.

“We would like all school employees to get paid,” said the governor, who said he is working with the budget “to see how we can do that.”

Duncan reported that the State Board of Education filed for a one-year waiver from the U.S. Department of Education for federal student testing and accountability requirements for the current school year. All states are required test students annually.

The request includes a waiver for end-of-grade tests in reading and math in grades 3 through 8, science tests in grades 5 and 8 and end-of-course tests in Math 1 and 3, biology and English 2. The waiver would also include the state’s A-F school performance grades as well as a number of elements included in the state’s School Report Cards.

The governor��s executive order will close, effective March 25 at 5 p.m., all gyms, health clubs, movie theaters, hair and nail salons, spas and massage parlors, because he says distancing is not possible.

Grocery stores will stay open. “Do not over buy,” said the governor, who had talked with industry leaders who assured him that supply lines are open.

Cooper strongly urged high risk people to stay at home as much as possible.

North Carolina Director of the Department of Health and Human Services Mandy Cohen reported that the Centers for Disease Control and Prevention has updated its high-risk list.

Those at high-risk for severe illness from COVID-19 include people aged 65 years and older and people who live in a nursing home or long-term care facility.

People with high-risk conditions include those who have chronic lung disease or moderate to severe asthma; who have heart disease with complications; who are immunocompromised including cancer treatment and people of any age with severe obesity or certain underlying medical conditions, particularly if not well controlled, such as those with diabetes, renal failure or liver disease might also be at risk.

Women who are pregnant should be monitored since they are known to be at risk with severe viral illness, however, to date, data on COVID-19 has not shown increased risk.

Director of Emergency Management Mike Sprayberry reported that the state has asked for a major disaster declaration from FEMA. He likened the program to declarations received after hurricanes.

On Tuesday afternoon in North Carolina, 297 cases of coronavirus are confirmed in 45 of the 100 counties in the state. Some 8,438 tests have been processed. Some 10,000 samples are waiting to be tested. Eleven people are reported to be in acute care beds. No deaths have been reported.

Cohen said that community transmission of the virus has been confirmed.

The governor reported that the Division of Employment Security processed 110,000 unemployment insurance claims last week. The normal number is 3,000.