Expect to see more coyotes as pup-rearing season gears up 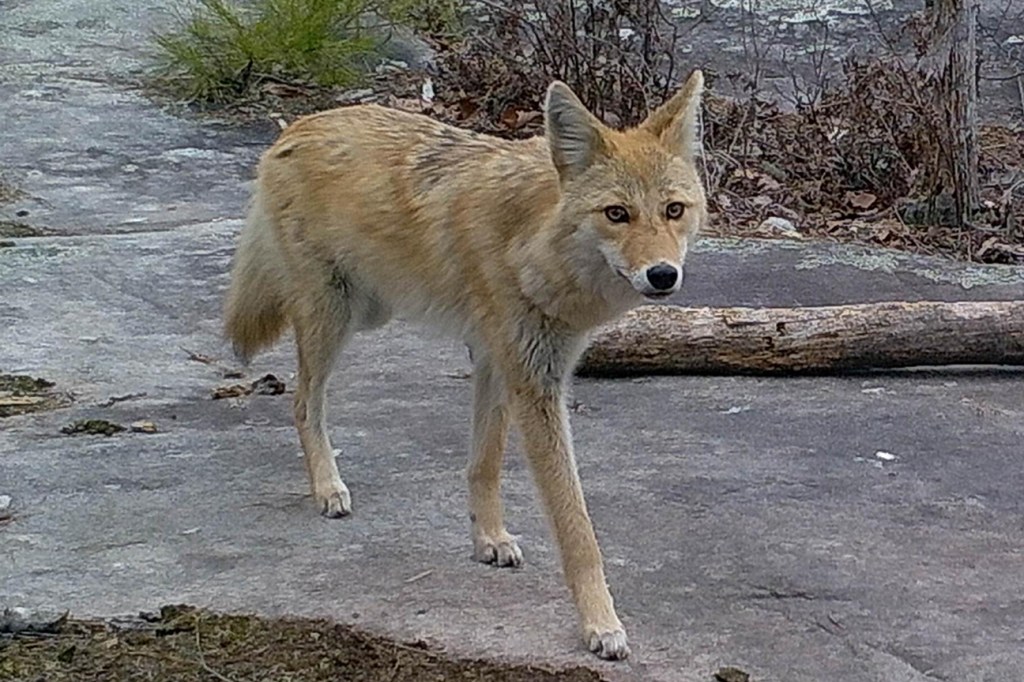 School and business closings, along with the governor’s “Stay at Home” order, have many people homebound and more likely to take notice of the wildlife that call their neighborhoods home.

Increased sightings of coyotes in neighborhoods could be due to changes in human activity caused by COVID-19 or could coincide with the normal increase of activity seen every spring as pup-rearing season gears up, according to biologists with the North Carolina Wildlife Resources Commission.

According to the WRC, while coyotes, which are found in all 100 counties in the state, are naturally wary of humans and tend to spend their time hiding and avoiding people whenever possible, glimpses of these elusive canines will become more frequent, with sightings peaking in May, as coyote parents begin hunting day and night to feed their young.

“To deter a coyote from coming near you or into your yard, you can haze it by shouting, throwing small objects and waving your arms in a threatening manner,” said Falyn Owens, the extension biologist for WRC. “You can also spray it with a water hose or shake a soda can filled with pennies to scare it away. The goal is to make the coyote uncomfortable enough to leave the area and avoid contact with you.”

WRC states that coyotes rarely attack humans, although small pets, such as cats and small-breed dogs, can be taken as prey if left outside and unsupervised. For this reason, Owens suggests that people keep small pets on a leash or keep them close enough to you that you can pick them up quickly if necessary. Past evidence shows that simply being nearby is the best way to keep small pets safe from coyotes when they’re outside, according to WRC. Pets can also be kept in a coyote-proof enclosure; fencing should be at least 6′ tall and measures should be taken to prevent animals from digging under, Owens recommends.

To deter coyotes and other undesired wildlife from your yard, Owens suggested clearing away brush along the edges of your yard, feeding pets indoors or removing food when your pet is finished eating, and removing other food attractants such as unsecured garbage, bird seed on the ground and fallen fruit from trees.

“In the absence of attractants, coyotes will likely still pass through the area, but won’t make themselves at home,” Owens said. “Combined with active hazing, this can effectively send the message to coyotes that they are unwelcome.”

This time of year, however, hazing is less likely to work if a coyote’s den or young pups are nearby. Coyotes are excellent parents and will not abandon their young, even if frightened, according to Owens.

“Coyotes tend to closely watch people who come near their den or pups, so if you are passing through a brushy or wooded area and notice a coyote watching you or even following at a distance, but only in a specific area, there may be a den nearby,” Owens said.

Instead of hazing the coyote, Owens suggests leaving the area calmly and, if possible, informing others to avoid the area for a few weeks. Coyotes use dens only as a nursery for newborn pups. As soon as the pups can survive outside of the den, the coyotes will abandon it.

For more information about coyotes in North Carolina, visit the Wildlife Commission’s coyote page on its website, or call the WRC’s N.C. Wildlife Helpline toll-free at 866-318-2401 or by email at hwi@ncwildlife.org. The call center is currently open Monday through Friday (excluding holidays) from 8 a.m. to 2 p.m.