North Carolina governor seeks to spend $1.4B for COVID-19 aid 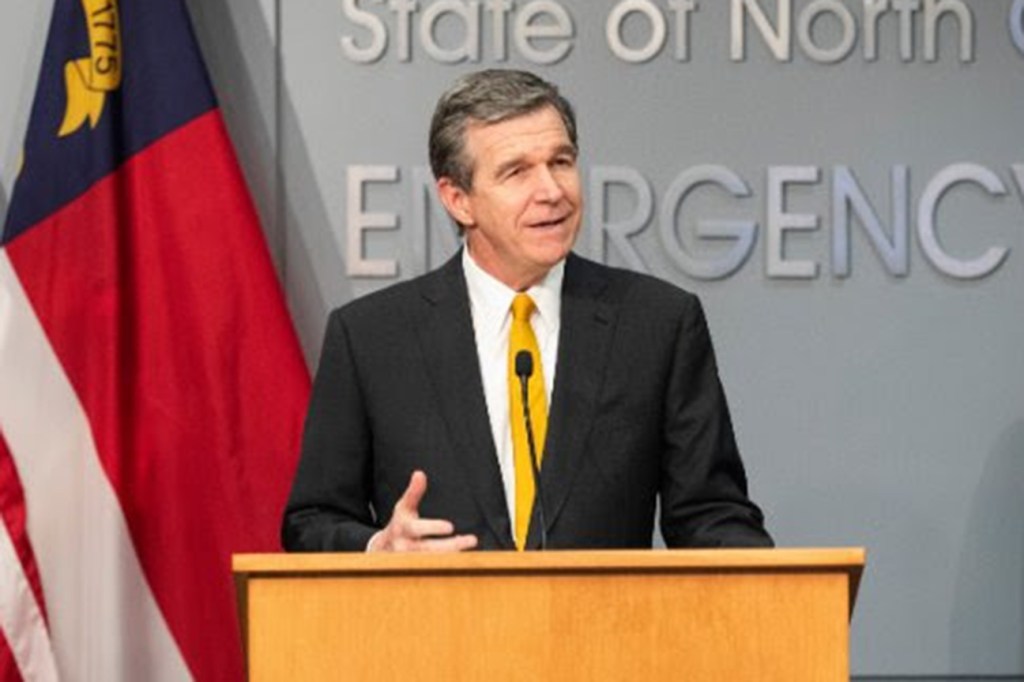 Cooper’s emergency pandemic package would be considered as the General Assembly convenes its session Tuesday. Many of the requested items have already worked their way through recent legislative meetings and generally have bipartisan support, the Democratic governor and Republican legislative leaders said this week.

“I’m recommending a strong investment to respond to this unprecedented crisis,'” Cooper said at a media briefing. “We know people are hurting, businesses are struggling and governments are facing severe shortages because of this virus.”

Nearly all of the money would originate from federal coronavirus relief funds, of which North Carolina has already obtained more than $2 billion. The health portion of Cooper’s package gives $75 million to purchase personal protective equipment, to expand COVID-19 testing and contact tracing, and to perform research. Another $75 million in part helps rural and minority communities and rural hospitals.

Cooper’s request, which only covers budget needs through July 1, would give the public schools $243 million that could go to expand remote learning, develop programs to help at-risk children before school resumes in the fall and hire school nurses and social workers. The University of North Carolina system would receive $42 million to operate summer schools online and sanitize campuses before reopening.

There’s also $75 million to expand a small business loan program. The package would set aside $300 million for city and county governments and $300 million more for the Department of Transportation, all of which are struggling with dwindling revenues. He also wants to create a state office to handle pandemic matters.

“The proposal does not contain everything that I want,” Cooper said. “But I present it after consultation with General Assembly members in both parties and in the spirit of consensus and compromise.”

Although state representatives, through online working groups, have recommended spending and policy proposals, senators have worked privately. Berger said Thursday that he anticipated the two chambers working this weekend to hammer out their differences. Legislators would ask Cooper to sign any final bill into law.

Berger and House Speaker Tim Moore have said they expect to pass legislation by the end of next week, then adjourn before returning to Raleigh later in the spring for a conventional annual session.