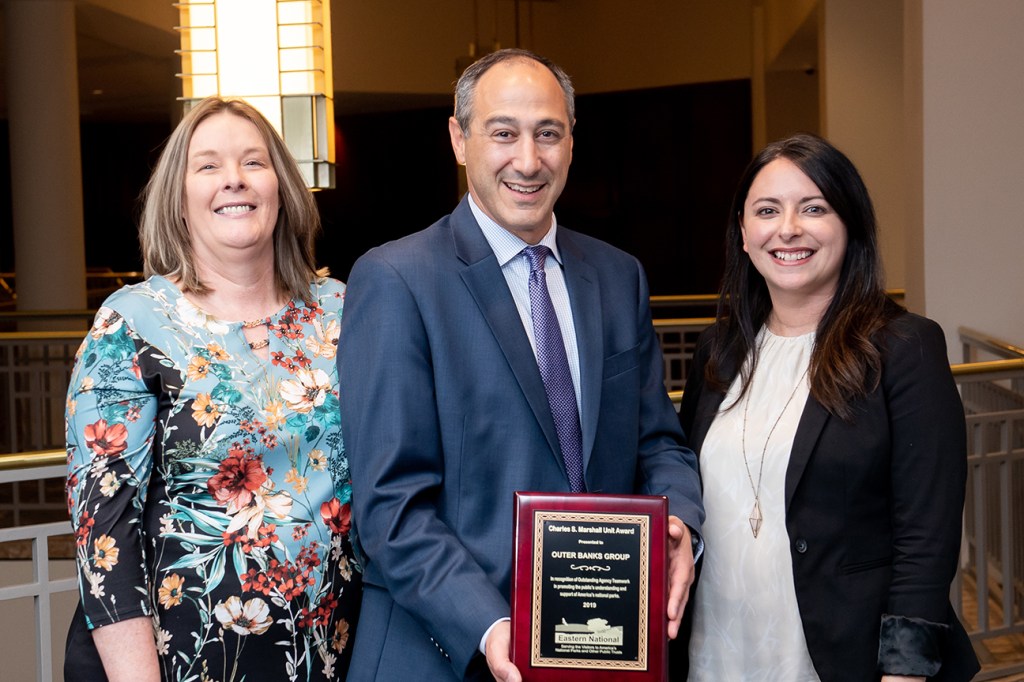 The Charles S. Marshall Unit Award is given by Eastern National to a partner agency that demonstrates exceptional teamwork in promoting and supporting the historical, scientific, educational, interpretive and operational activities of the National Park Service. Such teamwork is evidenced in agency growth, visitor service, product development, partner relations and administration. Charles S. Marshall Unit Award winners are presented with a commemorative plaque and a $2,500 dollar donation to the park’s interpretive program.

Specifically, the Outer Banks Group was recognized for:

– Its multi-year collaboration with Eastern National during the Wright Brothers National Memorial Visitor Center renovation project, which resulted in a new and improved visitor and customer experience in the Eastern National park store.

– Its expansion of the Eastern National park store at Cape Hatteras National Seashore. The expansion resulted in more shopping space and an enhanced visitor experience.

The relationship between Eastern National and the Outer Banks Group has always been a strong and productive partnership. However, 2019 marked a significant milestone in what has become a uniquely collaborative effort to impact multiple units of the National Parks of Eastern North Carolina.