Dredging at Hatteras Inlet has begun 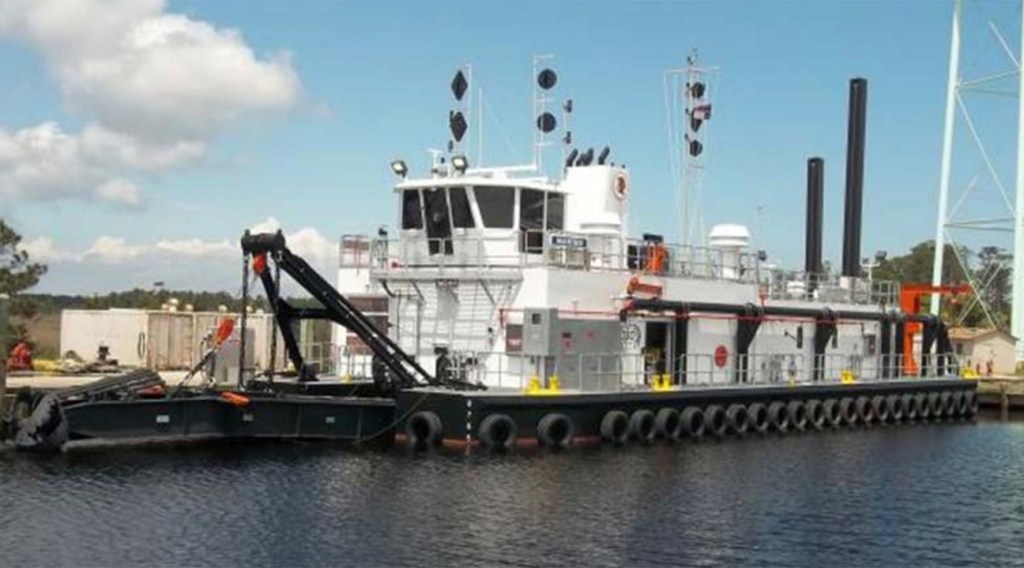 Dredging a channel in Hatteras Inlet started Friday, May 15, 2020.

Dredging the South Ferry Cross-Over channel started in November but was suspended.

NCDOT’s pipeline dredge Manteo was moved out from the ferry docks at the north end of Ocracoke on Thursday.

The Hatteras Inlet issue was discussed at the Dare County Waterways Commission, Monday, May 11.

“We need to fix the problem right now,” said Steve Coulter, commission chairman. The inlet is so clogged boats cannot transit the waterway.

Lance Winslow, NCDOT’s assistant director for marine assets, said setup for the dredge would have happened Wednesday, May 13, but water in the ferry basin and the channel was too low. Instead pipes were put together.

The set up for dredging was completed late Thursday.

As the dredge works, recreation and commercial boat operators will need to call the dredge to announce passage by the dredge. “Go slow,” said Winslow. The main concern is the dredge pipe which, if an air pocket forms, can rise to the surface. Usually, the slurry will hold the pipe on the bottom.

The crew works 12-hour shifts, from 6 a.m. to 6 p.m. When the dredge is shut down for the evening the pipe will be left full of slurry.

The Manteo will start where the cut is most shallow. The project calls for a 12-foot deep cut, 150 feet wide.

The tugboat Albemarle was supposed to go the Manns Harbor to pick up a fuel barge on Wednesday, but also could not leave the ferry harbor due to low water.

The dredging operation is a joint project between Dare County and NCDOT. Dare County’s dredging permit was modified to permit NCDOT to dredge the South Ferry Cross-Over channel.

The dredge spoil will be deposited in the NPS-NCDOT spoil site to the south of the ferry basin. NCDOT will use the sand on Ocracoke.

On Wednesday, the Ferry Division increased service on the Hatteras-Ocracoke route from seven to 15 daily round trip runs. The increased service comes in advance of the planned May 16 reopening of Hatteras and Ocracoke islands and the Outer Banks to visitors.

Note: This version corrects an earlier post stating the short cut, rather than the South Ferry Cross-Over Channel would be dredged.

Gus at home: Happy ending to search for pup who jumped from boat