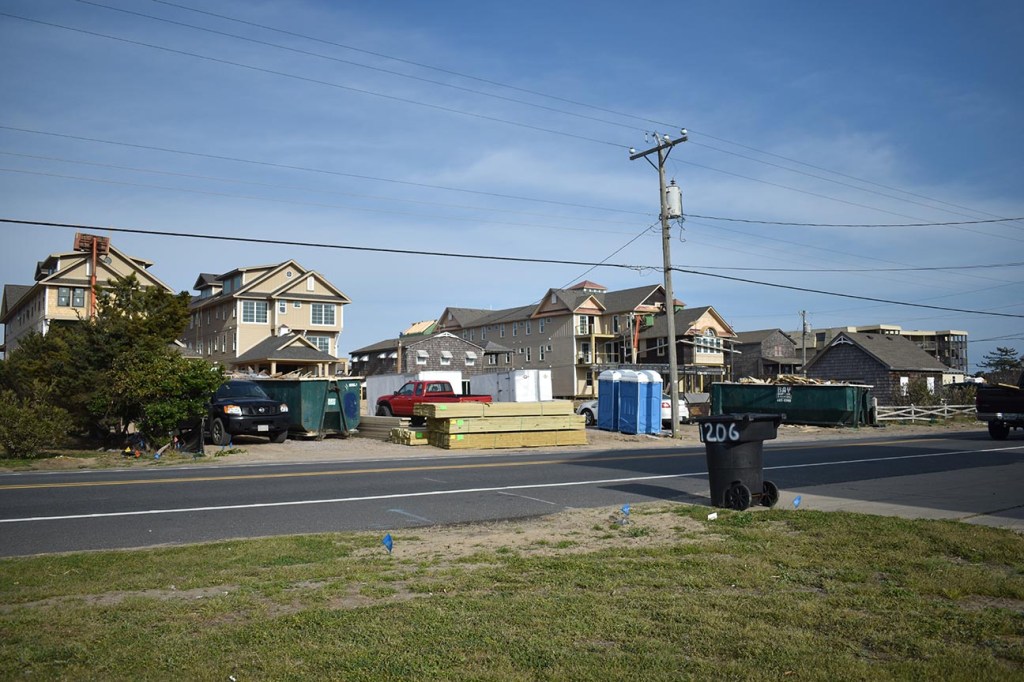 The Kill Devil Hills Board of Commissioners met on May 11 via Zoom to discuss four zoning amendments and a modification to the approval process for commercial uses.

Due to the nature of electronic meetings, the board was unable to take action on any of the items presented in public hearing. The public was able to partake in the hearings through a chat box and email; comments sent in within 24 hours after the meeting were included in the record.

Meredith Guns and Cameron Ray with the planning department were present during the meeting to run through the highlights of each amendment/modification.

Ray took the lead in detailing the other three amendments.

One would require an additional two feet of side yard setback for single family/duplex dwellings that exceed 6,000 sq. ft. For such dwellings that have a fire suppression system installed and inspected annually by the fire chief, Ray said they “shall be exempt from this provision.”

As for cottage courts and cluster homes, the proposed amendment modifies the minimum lot width of these properties from 100 ft. to 75 ft. for those abutting NC 12. Ray said the goal was to “incentivize that type of development” as opposed to larger structures.

Guns made note that the aforementioned amendments would only apply to new and substantial development submitted after board approval of the items. “If they have submitted for approval already, they will not be subject to these new rules,” she reported.

The last modification up for debate was a change to the approval process for commercial uses. Guns explained that staff has proposed that commercial site plan reviews be done on an administrative level, assuming that all aspects of the plans meet zoning ordinances.

For plans that are either seeking opinions of the board or are not in compliance will all ordinances, they will be subject to both Planning Board and commissioner approval.

Guns said this method would cut the approval process from about four months to as little as six weeks. Submittals will be cut in half, saving time and money. “We’re streamlining the process tremendously,” she explained.

After little discussion from the commissioners regarding each item, the floor was opened to public comment. Beth O’Leary and Martha Vaughn had submitted a letter to be read into the record.

They commented on the “positive steps” the town had begun to take with large dwellings, but felt the items “do little to address the larger issue at hand.”

“Maybe the future of redevelopment should be more affordable rentals with less of a carbon footprint,” their letter read.

With no other takers for commentary, the board closed the discussion and agreed to revisit each item for action at their next meeting.

The board then approved a rate increase on residential curbside recycling, which is now $12.75 per cart per month.

Mayor Ben Sproul had a few items on his agenda, but one in particular dealt with the struggles that restaurants have and are going to be facing.

Sproul publicly spoke on discussions he has been having to allow restaurants to use up to 25% of their designated parking for outdoor dining. He addressed the ordinance restrictions on outdoor dining and said to “expect to see more on that” in the following days.

“This is one of few things we can do as a town to help in a tough situation,” Sproul added.

For more information on agendas, meeting schedules and more, visit the town website at www.kdhnc.com.