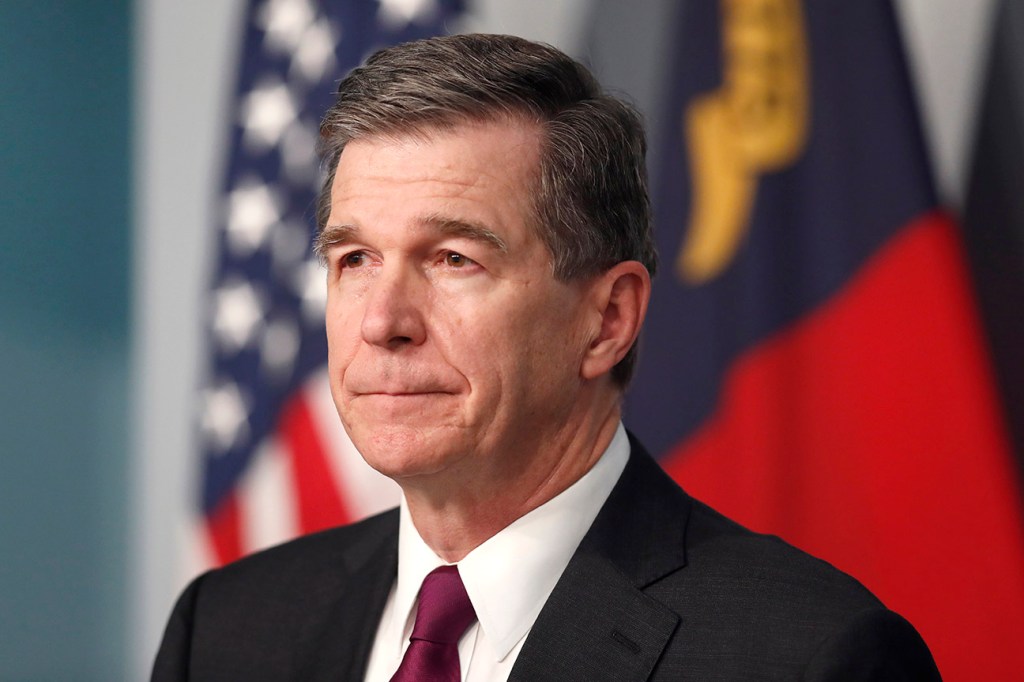 Gov. Roy Cooper listens to a question during a briefing at the Emergency Operations Center in Raleigh, N.C., Wednesday, July 1, 2020. Courtesy NCDPS

North Carolina Gov. Roy Cooper vetoed a string of bills on Thursday passed in the Republican-controlled legislature to reopen businesses and help reignite parts of the economy most hurt by the coronavirus.

In a series of veto messages, Cooper criticized state lawmakers for trying to reopen places he believes are most vulnerable to the virus. He argued the bills would reduce the likelihood of reopening schools, limit the ability for him and local officials to quickly react to COVID-19 developments and amount to “tying the hands of public health officials.”

“Given the rapidly evolving nature of this pandemic, executive officials are best positioned to make emergency determinations about public health,” Cooper wrote.

Cooper extended the state’s Phase 2 reopening guidelines last month through July 17. He also decided on Wednesday to postpone a planned announcement on how K-12 schools should reopen to get kids back into classrooms.

Republican leaders worry Cooper is unnecessarily hurting small businesses that could soon go out of business if the state doesn’t reopen.

“Families and individuals are desperate for a balanced approach to recovery that protects the public’s health without permanently devastating small businesses across our state,” said a statement from Tim Moore, speaker of the state House of Representatives. “Actions always speak louder than words and it is clear Governor Cooper is unwilling to prioritize struggling North Carolinians over his own power.”

Lt. Gov. Dan Forest, who is running against Cooper in the November gubernatorial election, sued the governor earlier this week for unilaterally closing businesses and mandating face masks.

Forest believes Cooper has signed some executive orders without the necessary approval from the Council of State. The 10-member council includes Cooper, Forest and eight other statewide elected officials. Six council members are Republican.

On Thursday, Cooper vetoed a bill that would have required him to gain majority support from the council for emergency declarations of more than 30 days and when businesses are ordered to shut down.

State Sen. Warren Daniel, a Republican in Western North Carolina, criticized Cooper’s decision to reject a bill that would have prevented cancellations of July 4 fireworks and parades. He also noted Cooper declined to wear a face mask last month when walking through a crowd protesting racial injustice. Cooper’s walk among demonstrators came before he issued his statewide mask order.

Cooper’s decision to reject reopening bills comes as North Carolina reported more than 1,600 new confirmed COVID-19 cases and more than 900 hospitalizations on Thursday, both figures near the state’s one-day highs. The state’s percentage of cases that come back positive remains flat between 8% and 10%, which the state would like to see drop to 5%.

Mandy Cohen, secretary of the North Carolina Department of Health and Human Services, warned residents in a news conference on Thursday not to let their guard down over the weekend holiday.

“This isn’t where I hoped we’d be for July Fourth Weekend, and unfortunately, we don’t get a holiday from COVID-19,” Cohen said. “We can celebrate, but we have to do so responsibly.”