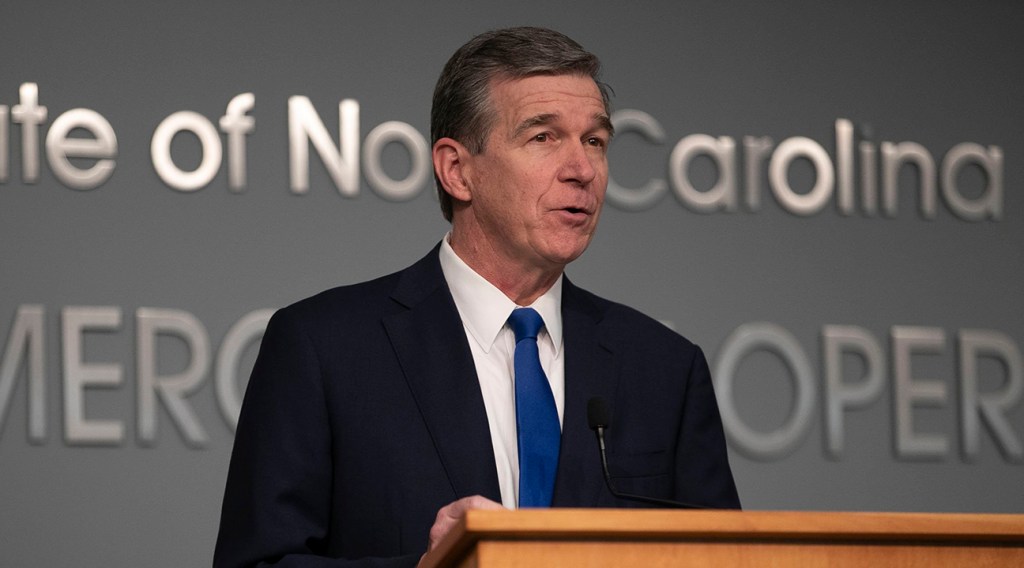 A decision on how North Carolina public schools will start the year teaching students during the COVID-19 pandemic will come next week, Gov. Roy Cooper said on Thursday as case and hospitalization rates remain stubbornly high.

Cooper previously delayed the disclosure set for July 1, saying he wanted more time to receive feedback from educators and students, review the latest science on school reopenings, and get more “buy-in across the board.” Cooper was reticent on Wednesday to reveal how he is leaning. Schools have been asked to plan for three scenarios in preparation for classes to begin Aug. 17.

The scenarios range from in-person classrooms with minimal social distancing to all students working from home. K-12 schools teaching over 1.5 million students have been given minimum standards to meet under each of the three. Retaining regular remote learning for students is sure to bring extended hardships to working parents.

“We know that they need to get back in school. They need to do it in a safe way and that can be a combination of in-person learning and remote learning,” Cooper said at a media briefing. “This is a tough call. How to open up schools is something that every single state, every single governor is struggling with.” Cooper said the plan would comply with the law, which includes a new one that appears to prevent remote learning during the first week of school.

Cooper said he also will announce next week whether businesses — bars, gyms, skating rinks and entertainment venues among them — closed by his executive order that’s set to expire July 17 can reopen. He and his administration have said patrons at these establishments in higher-risk activities for spreading the virus.

These business owners, shut down since March, could have grounds for continued pessimism. Cooper and his allies have said opening schools is more important than opening bars. And Health and Human Services Secretary Mandy Cohen described case data trends are still going in the wrong direction.

The state exceeded 1,000 current virus-related hospitalizations for the first time Thursday, and Cooper said the 2,040 additional positive cases reported compared to Wednesday’s total is the second-largest daily increase during the pandemic. The cumulative case total in North Carolina is now 77,350. The state reports the estimated number of cases presumed to be recovered is 55,318.

“The disease continues to spread, and though North Carolina isn’t the surging hot spot like some other states, we could be if we don’t stay strong in our fight,” Cooper said in urging citizens to follow a statewide mandate to wear face coverings in public.

While the state still has enough available hospital and intensive care unit beds, Cohen said her agency was concerned about capacity in the Charlotte area and has discussed the issue with local hospitals. “At this point there’s not a need for further intervention,” she said.

More than 1,460 people in North Carolina diagnosed with COVID-19 have died during the pandemic. Over 1.1 million tests have now been completed for the virus in North Carolina, Cohen said, but tests are taking longer to complete because of diminishing testing supplies nationwide.