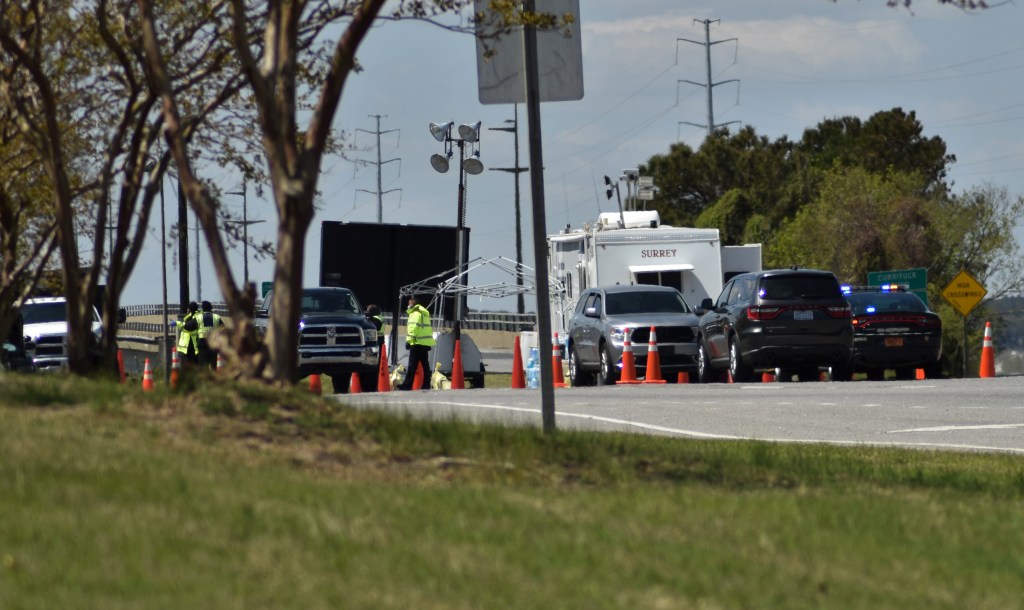 The now-dismantled checkpoint at the entrance to Dare County in Kitty Hawk. Danielle Puleo file photo

After an almost hour-long closed session July 6, Robert L. Outten, county manager and attorney, presented the settlement outline for action by the board.

The complaint alleges that Dare County failed to adopt an emergency management ordinance. Dare County did adopt a resolution rather than an ordinance for the Emergency Management chapter in Dare’s Code of Ordinances. To cure this allegation, Outten reported that he would bring “Chapter 92 Emergency Management” to the board to adopt as an ordinance at the next board meeting, July 20.

The commissioners agreed to pay costs of the action amounting to $16,500 lawyer fees, plus $400 in court costs and other associated costs. Dare County has already paid the mediator $3,300, which was charged against the legal services account.

In the settlement, Dare County does not admit liability. The plaintiffs will dismiss the civil action with prejudice.

A draft document was not available at press time from Dare County.

Phased entry for non-resident property owners started Monday, May 4 and concluded Friday, May 8. Entry permits were required.
The legal action was filed by S.C. Kitchen with Kitchen & Turrentine, PLLC, of Raleigh.

Outten reported that the opioid lawsuit was discussed July 6, but no action was taken.