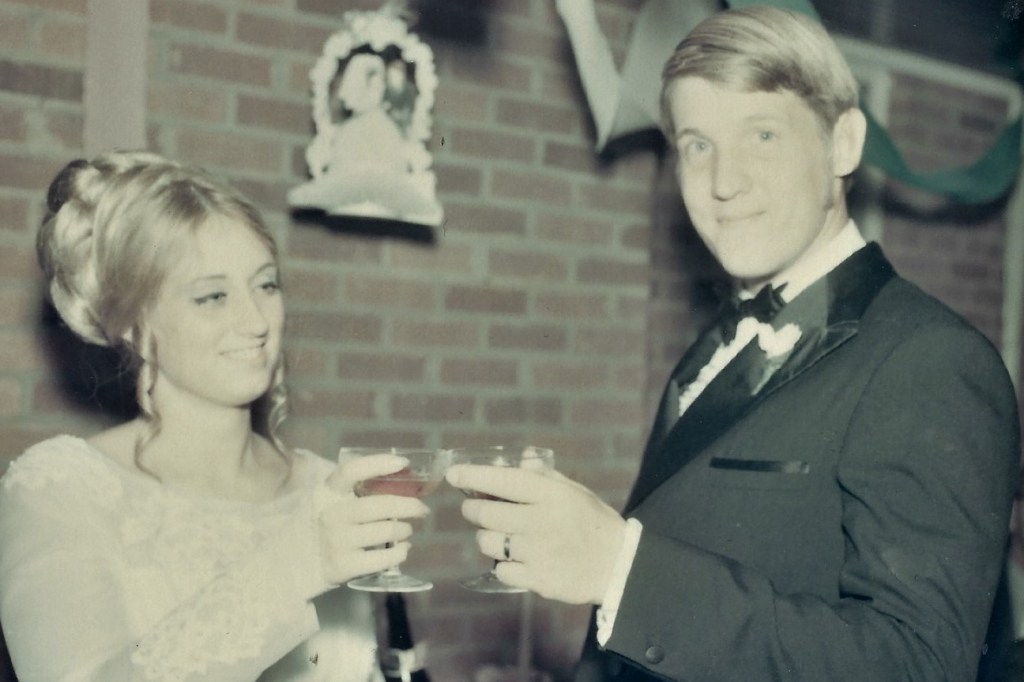 Robert and Georgia Hancock on their wedding day in 1970. Courtesy Lacey Hancock

Longtime Manteo residents Robert and Georgia Hancock will celebrate their 50th wedding anniversary on July 10. The couple moved to the Outer Banks in 2000, when Robert established Outer Banks Pest Control after running a similar company in Oklahoma for years.

Lacey Hancock, the couple’s youngest daughter, said her parents would take their five children to the Outer Banks every summer to vacation and knew they wanted to move there eventually.

The Hancocks had traveled quite a bit together after Robert retired from the Navy; they lived in places like California and Greece. Georgia was originally from Virginia, where she met Robert through her cousin. Robert was from Oklahoma, where the couple raised their children up until 20 years ago.

Lacey said the anniversary celebration that was being planned for her parents is being postponed due to COVID-19, but their 50 years of marriage will be celebrated nonetheless.