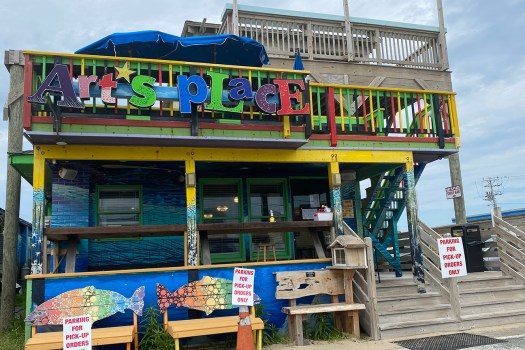 Art’s Place was opened in 1978 by Arthur Glidden, who entrusted to business to Tammy Nichols in 2008. Danielle Puleo photo 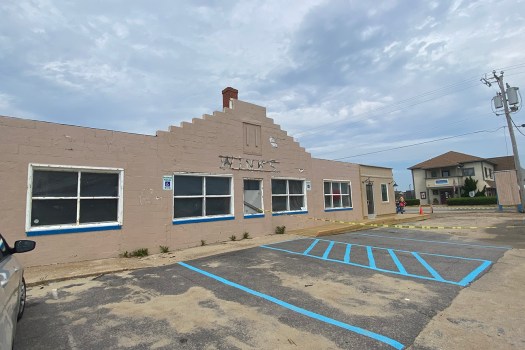 Tammy Nichols purchased Wink’s two years ago and is working with her team to get it up and running again. Danielle Puleo photo 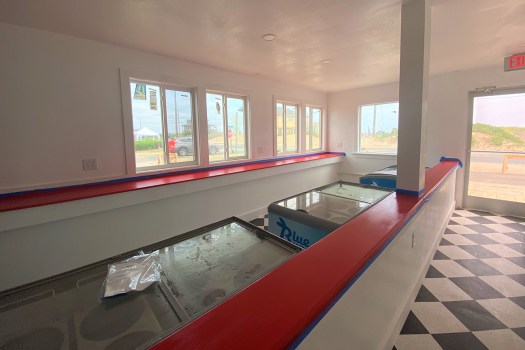 The northeast corner of Wink’s will be open to the public soon to serve ice cream and milkshakes. Danielle Puleo photo 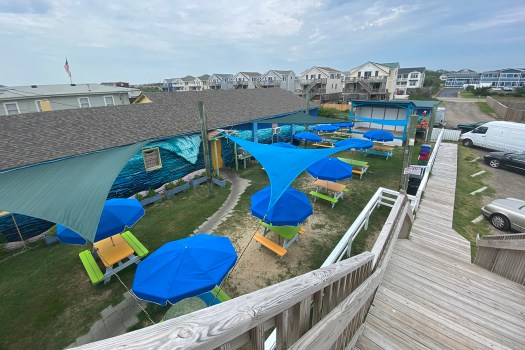 Arthur Glidden started one of the “best kept secrets” on the Outer Banks over 40 years ago. After moving to the OBX from Washington D.C., Glidden opened a tiny little place in Kitty Hawk, situated next to the E. Eckner St. beach access.

This restaurant, known as Art’s Place, has maintained its eclectic charisma through the years, even after Glidden’s passing in 2010.

Present owner Tammy Nichols and her partner, Marshall S., used to stop in to see Glidden at the local hangout joint for breakfast. Over the years, Nichols and Glidden formed a tight bond. After Glidden’s health began to decline, the business started to suffer. Not wanting Art’s Place to close, Nichols stepped in.

“She got in here, having never even waited on tables before, and this place has grown about ten times since then,” Marshall told The Coastland Times. After taking over Art’s Place in 2008, Nichols transformed the tiny eatery into a bright, inviting space where locals of all ages come to get their hands on a fresh burger and beer.

Before the pandemic started to take its course earlier in the year, Art’s would bustle on a daily basis. Just big enough to house around five to six tables inside, with stools lining the bar that overlook the cooks hard at work, the restaurant thrives from local support.

As Marshall walked the around quiet interior, he pointed to the photographs that line the walls. Some showcased what the beach looked like in the 1980s, wide and unusually barren. Others were signed by famous musicians who have filled the walls of Art’s Place with Monday night music.

Tim Reynolds, Stanley Jordan, Joe Mapp and more have performed in the corner of the restaurant in years prior. “We take the furniture out of here, and the place just jams like crazy,” Marshall said. A sentimental tribute to Glidden, who worked at a famous nightclub and became a local celebrity himself while running Art’s.

Marshall explained that Glidden had organized the “Joy Fund” on the Outer Banks as a way to give back to the community. Every Christmas, he would have local fire departments gather clothing and toys and deliver them as gifts to the local schools.

Glidden was awarded the Order of the Long Leaf Pine, the highest award that can be granted to a civilian of North Carolina. But despite his celebrity status, he was truly all about the locals.

“He would sit out on the front porch and introduce her [Nichols] to everyone that would come in,” Marshall said. “I liked Arthur a lot . . . he was marvelously bright and intuitive.”

Art’s Place has blossomed since Glidden planted its roots in 1978. However, like many other locally-owned operations on the beach, it took a hit after COVID-19 made its way to the Outer Banks.

Stacy Lancaster, who has helped Nichols grow the business after rescuing restaurants of his own for decades, explained that the restaurant is currently take-out only. After deciding to suspend breakfast services and stick to lunch and dinner, Art’s Place has suffered the consequences of the pandemic.

Along with the limited menu, employees have been hard to come by. “There’s no students to fill in the holes: dishwashers, prep guys, you name it,” Lancaster admitted. Despite a large effort from locals to make ends meet, Lancaster and Marshall agreed that the restaurant revenues would most likely not be enough to sustain the business.

Luckily, another avenue of profitability was already on the horizon.

Almost two years ago, Nichols purchased the property that neighbors Art’s Place to the north. This location, formerly known as Wink’s, is the site of a soon-to-be new and improved Wink’s convenience store, deli, coffee shop and ice cream parlor.

“We are just about to open a Blue Bunny shop on the corner,” said Marshall as he pointed to the northeast corner of the building. “Wink” Davis opened Wink’s in 1953 as a local convenience market. After being maintained by his son, Miles Davis, Wink’s saw its last customer in late 2018.

After the pandemic hit the coast, Lancaster said the Art’s team started to get to work on renovations for the new store. Marshall noted that they hope to get the ice cream portion up and operating by next week, and the rest will slowly follow.

“We designed it so everybody can walk up, and there’s a separate order window and pickup window,” said Lancaster, who has been put in charge of managing the property. The Blue Bunny ice cream shop will offer ice cream, milkshakes and other dairy products to satisfy a sweet tooth.

Lancaster then laid out the vision for the rest of the building while walking around the remnants of a once heavily visited shop. “This side’s going to be a cooking wall, with all the equipment to do deli food, blue plate specials, meats and potatoes, pick your own vegetables,” he said as he looked to the north side of the store. “I hope to put a butcher on that wall to do fresh cut meats,” he added, pointing to the opposite side of the shop.

Lancaster envisions soft drink and beer coolers towards the back, with beach supplies like inflatables, shirts, sunscreen and more lining racks throughout the middle. “Tammy wants a pot-bellied stove with chairs so people can come in and sit down and talk like they used to in old days,” added Marshall.

Beside the ice cream shop, Lancaster said the crew hopes to put in a coffee shop, with fresh pastries, donuts, cookies and coffee. “When people are walking down to the beach to see sunrise in morning, you can pick up coffee on your way,” Lancaster explained.

“Wink’s has always been a convenience store,” started Lancaster, “for the locals to come and pick up . . . whatever supplies they need.” Marshall noted that the plan is to maintain the vision that Wink Davis had long ago and make the shop one that locals can easily access and feel at home.

To find out more information about Art’s Place, visit their website at www.artsplaceobx.com.

Corolla Adventure Park: Where the sky is the limit 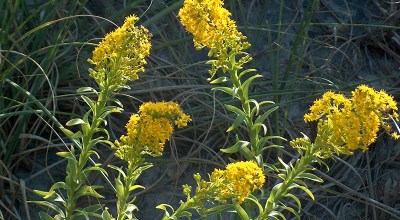 Reflections by the Sea: October