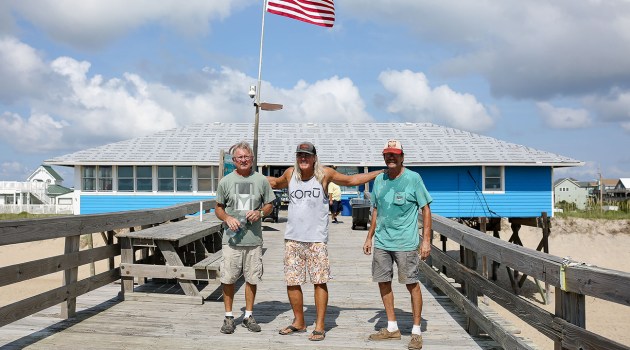 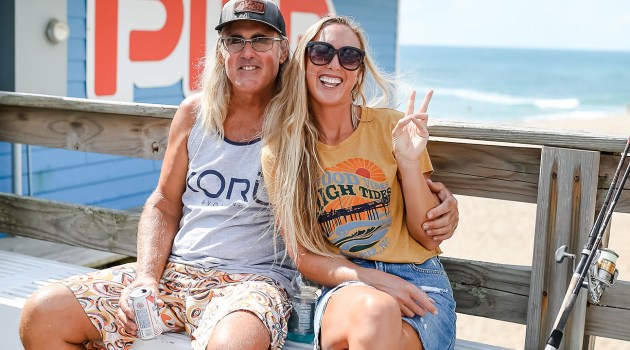 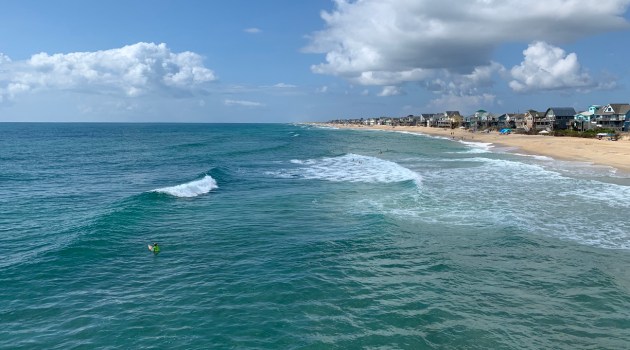 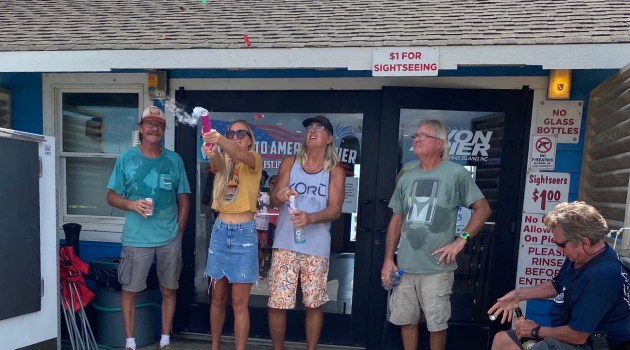 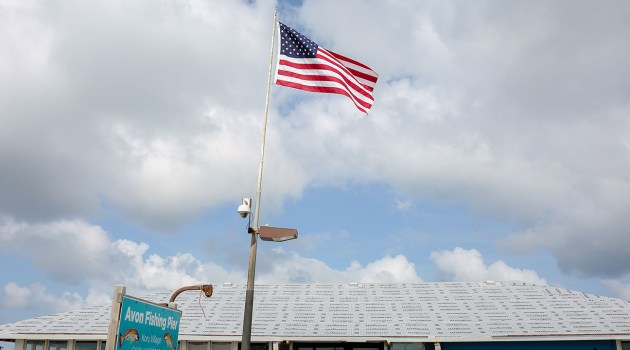 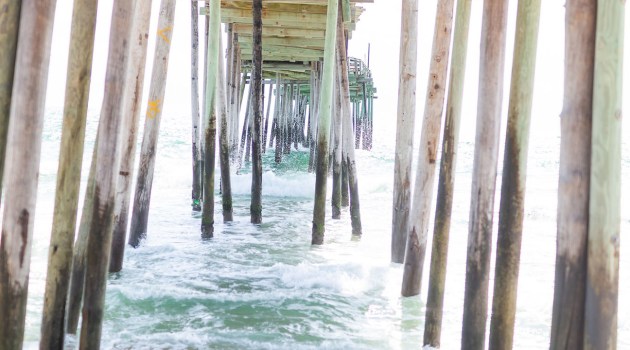 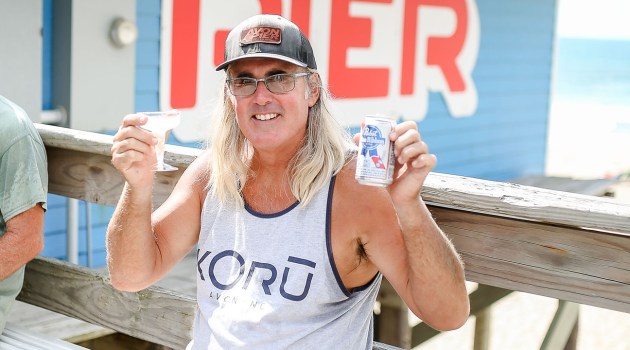 Avon Fishing Pier opened its doors to the public on Friday, July 17 after many months of repair work. The long-awaited reopening will allow residents and visitors of Avon to use the fishing pier, access the beach and enjoy the summer out on the water once again.

Pier operator Joe Thompson has spent the past four months working with his crew to assess and repair the damages left by the nor’easter that followed Hurricane Dorian, leaving part of the pier inaccessible. After closing the pier for the season on December 1, Thompson said he went to work on fixing the pier in April. 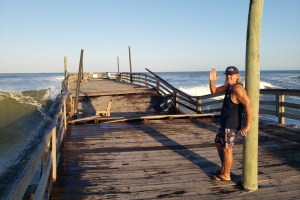 Joe Thompson on the damaged Avon Pier before repairs were made. Courtesy photo

However, as renovations were underway, another unexpected storm rolled through, leaving even more work to be done. “It was definitely the proverbial one step forward, two steps back,” Thompson said thinking back to the week before Memorial Day, when the storm that followed Tropical Storm Arthur hit the coast, leaving yet another round of damages.

Despite the setback, Thompson knew how important it was to have the pier up and running again. With the help of Dave Swanner from Endurance Marine, crews from Cape Dredging, donations from the Cape Hatteras Energy Co-op and the National Park Service, the crew at Avon Fishing Pier were able to repair the first 400-ft. of the pier and reopen for business.

Thousands of dollars’ worth of repairs went into fixing the damages that were left from the storms. Thompson and a few of his staff members developed techniques and tools to perform the specialized repair work needed to maintain a safe and structurally sound pier. 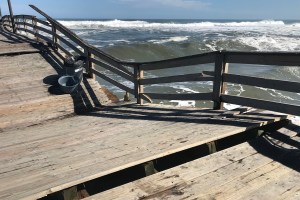 The damaged Avon Pier before repairs were made. Courtesy photo

“If we had to hire a lot of real contractors to come in and do it, we wouldn’t be able to afford it,” said Thompson. “We are doing this to keep it alive.”

The Avon Fishing Pier is important to the community for many reasons, but a major factor as to why it was imperative that the pier open again was that Avon does not have any oceanfront accesses.

Whereas Rodanthe and Frisco have a bathhouse and Buxton has a lighthouse, Avon is left with the pier as the main means of getting onto the beach. Not only do fisherman make use of the structure, but beachgoers and surfers have arrived for years to be near the water by way of the pier. 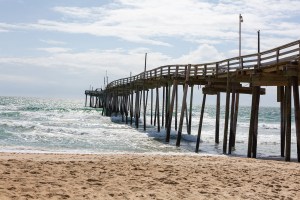 “The amount of access that it provides for folks to come to the beach that may or may not have anything to do with fishing is incredible. They rely on the pier for shade, its restrooms and convenience store . . . unless you live around here, you don’t really understand how big this operation is,” Thompson explained.

As for the parts that still need to be attended to, Thompson said his crew will continue work on the pier in the weeks to come. Although the generous donations went a long way to help the pier open again, there is still more to be done, and more to be spent. 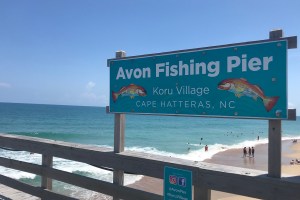 “When I say every dollar we make this year will go to repairs, I mean it, so it’s here for generations to come,” said Thompson. “Our commitment is not just to patch things together and hope for the best, we really are investing and trying to make it as sustainable as possible.”

Thompson and the crew at Avon Fishing Pier encourage everyone to come down and check out the pier for themselves. It has come a long way since September, and may not be here without the help of the community.

“If we don’t help out each other, none of us make it.”

Avon Fishing Pier will be open to the public seven days a week, from 6 a.m. to 10 p.m. To learn more, visit their website at www.koruvillage.com/pages/avon-pier.