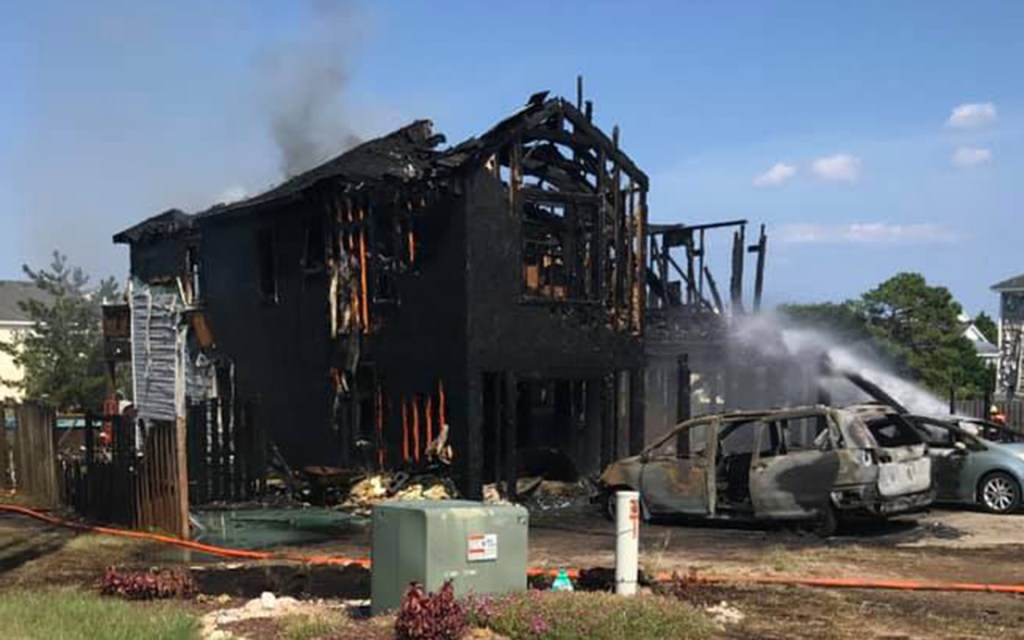 The incident took place in the 3900 block of Parker St. in Kitty Hawk. Upon arrival, Kitty Hawk fire units were met with heavy smoke and flames showing from the front of the home. All occupants were reported to be out of the structure and a defensive fire attack was conducted utilizing multiple hose lines, stated in a report from KHFD. The fire was under control around 3:50 p.m. 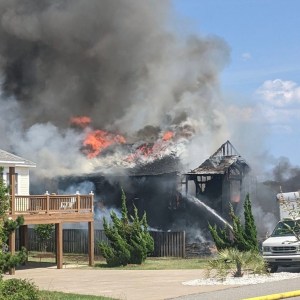 One occupant was transported to The Outer Banks Hospital in Nags Head for minor burns, while another experienced smoke inhalation, according to KHFD Fire Captain Brad Antons. The occupants were exposed to the fire after gathering their pets, reported to be a couple of dogs and cats.

Two Kitty Hawk firefighters were treated and transported to The Outer Banks Hospital for heat exhaustion and were later released.

KHFD reported that the home as well as two cars were a “complete loss,” with three adjacent homes sustaining fire damage. 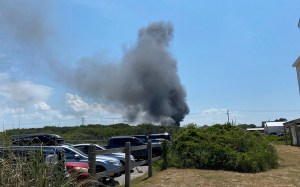 Smoke rising from the house could be seen from quite some distance, as seen on E. Lillian St. in Kitty Hawk. Danielle Puleo photo

An investigation is ongoing in determining the origin and cause of the fire. Antons said that the fire looked “accidental and unintentional,” however nothing is confirmed as of early Monday afternoon.

“This fire event proved extremely challenging given the weather conditions that personnel had to endure. It was only through the efforts of the personnel that responded that no one was severely injured, and more property was not lost. Special thanks to Southern Shores Fire Department Rehab Unit and Dare County EMS for providing much needed assistance for all our firefighters,” the KHFD report read.