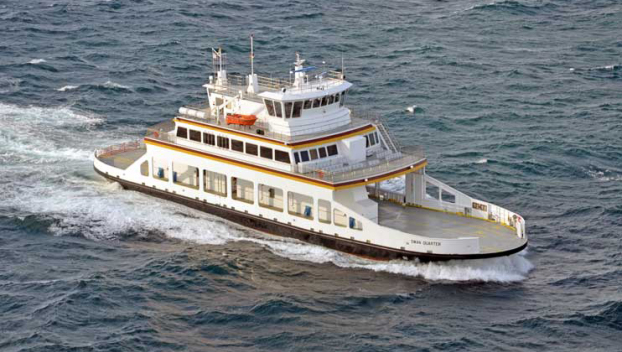 The North Carolina Department of Transportation’s Ferry Division announced early Wednesday afternoon, July 22 that it is temporarily reducing service on Pamlico Sound between Cedar Island, Swan Quarter and Ocracoke due to critical shoaling issues in the ferry channel just outside of Ocracoke’s Silver Lake Harbor.

The latest survey by the Army Corps of Engineers shows water depths in Bigfoot Slough as low as eight feet, according to NCDOT. That means the ferry system’s two largest sound-class vessels, the M/V Swan Quarter and the M/V Sea Level, cannot traverse the area safely.

As a result, the daily ferry schedule on Pamlico Sound will be reduced by one trip each way between Ocracoke and both Cedar Island and Swan Quarter. The new temporary schedule begins Thursday, July 23 and will be as follows:

NCDOT has stated this schedule will remain in place until further notice. Reservation holders whose trips are affected by the change will be notified by email or phone.

“The ferry channel in Bigfoot Slough is a federally maintained channel, meaning that any dredging that occurs must be performed by the Army Corps of Engineers,” stated NCDOT’s press release. “The Ferry Division has notified the Corps of the critical need for dredging in the area.”

READ IN OUR ON THE WATER SECTION HERE.