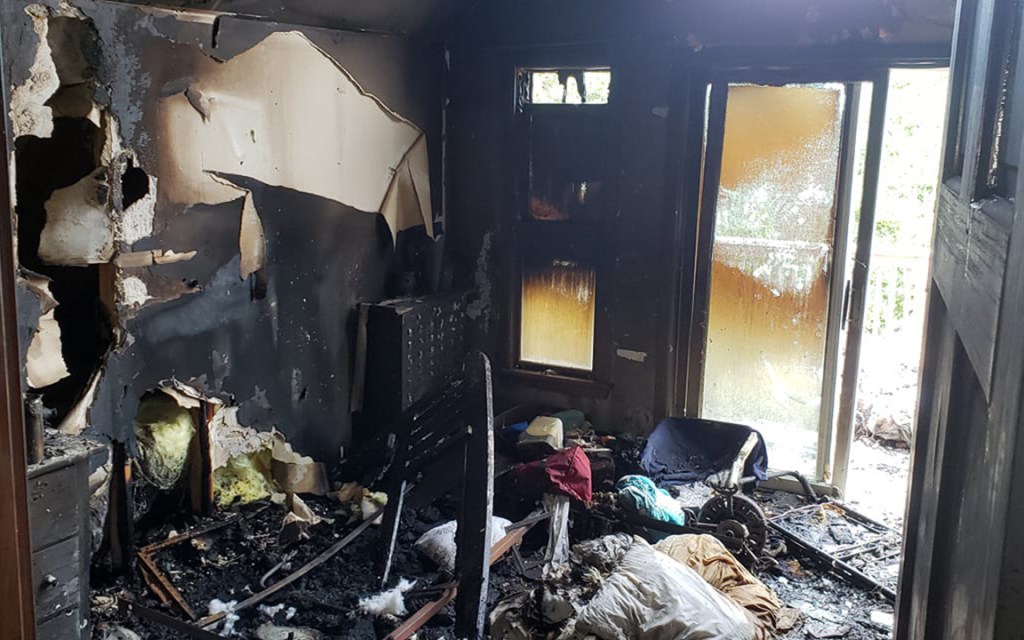 The Colington Volunteer Fire Department has reported that Colington firefighters were called to the 900 block of Colington Drive shortly after 8 p.m. Thursday, July 23. Firefighters arrived to a rapidly growing fire on the third floor, according to a CVFD Facebook post.

According to Colington Deputy Fire Chief David Phillips, three people in the residence when the fire occurred. A working smoke alarm alerted them to the fire. The occupants and a pet were able to escape the structure safely, with one occupant reported to have received a minor injury. That person was treated on scene by Dare County EMS.

“Fire crews were able to contain the fire to the room of origin but there was smoke damage throughout the upper floor and some minor water damage to the floor below,” continued the post. “Firefighters noted that the occupants closed all of the doors as they exited the house which greatly reduced the fire spread.”

The fire is under investigation by the Dare County Fire Marshal. Firefighters from Kill Devil Hills and Nags Head and deputies from Dare County Sheriff’s Office also responded.