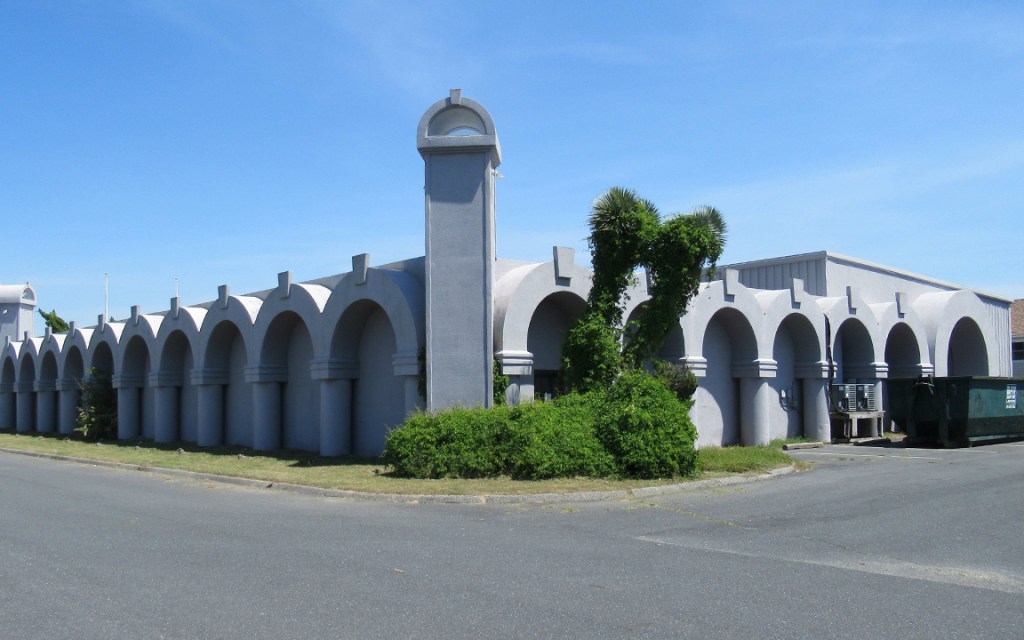 On Tuesday morning, July 21, the Nags Head Planning Board considered two text amendments to the Unified Development Ordinance. Both were presented by Ben Cahoon of Cahoon and Kasten Architects, acting on behalf of applicant Sumit Gupta of Legacy Homes Services Inc.

The first – a text amendment to permit “Real Estate Management Facility” use within the C-2, Commercial Zoning district – was ultimately denied by the board in a unanimous vote.

The request had come before the board previously and was resubmitted this time around with modifications. Text amendments are not site specific. In this case, the intent of this amendment was to seek a conditional use permit for the proposed use to be conducted in an existing structure, “His Dream Center” located at 205 E. Baltic St.

Previously, His Dream Center was used for community gatherings, such as church activities, performances, assemblies and the like. Cahoon explained that the applicant is searching for a way to maintain the structure, hence applying for a text amendment to allow the real estate management facility in the C-2 district.

“What we’re trying to do is find a way for this . . . unusual building . . . to find a use that is suitable for the current property owner that can let this building continue, perhaps until a higher and best use comes along,” Cahoon said.

Modifications to the proposal were detailed by Cahoon and included that facility use shall not be located or have frontage on NC 12 or US Hwy. 158, there would be an increased lot size to a minimum area of one acre, along with imposed buffering and landscaping, limited hours of operations, elimination of outside storage of material, limited signage, eliminated use of linen storage and cleaner check-in/check-out and added low level lighting standards.

While presenting the proposal to the board, Wyatt noted that staff “was not sure this use was fitting for the C-2 district.” In the staff recommendation portion of the memorandum to the planning board, staff stated: “Staff is of the opinion that the allowance of this use within the C-2 zoning district would be inconsistent with several policies contained in the Comprehensive Plan. Therefore, staff recommends denial of the text amendment.”

Cahoon felt that with the new design conditions, the building would not be “anything that would be offensive to the neighborhood.”

As the board deliberated, several factors were addressed that they felt could present a problem to the residentially-surrounded area of the parcel in question.

“It seems like all of those things [allowable uses in C-2 district], people come into, but we’re talking about a warehouse. Not a draw for tourists or citizens, it’s just a warehouse storing things,” voiced board member Meade Gwinn. “As a neighbor living near there, I can’t help but think it’s not the kind of operation I would want in my neighborhood.”

Chair Megan Vaughn agreed and looked from a different perspective: “I have a concern about other real estate companies in town that did not have the opportunity to do this previously,” she noted. Vaughn noted other companies may feel like this parcel would have an “unfair advantage.”

Eventually, Gwinn moved to deny the text amendment and all seven planning board members found consensus in not having the proposal move forward.

Cahoon and Kasten Architects submitted a second amendment, which would add “Furniture Store” as an allowable use for all “Commercial-Mixed Use” designations. This proposal was again related to the parcel located at 205 E. Baltic St., with the intent of seeking a conditional use permit to incorporate the use as part of a “Multiple Principal Use.”

As stated in memorandum: “Furniture stores are an allowed use only within the C-2 zoning district. Therefore, it would be within that district only that a furniture store could be incorporated as part of a mixed-use use. With the exception of the Commercial with Accessory Residential use, all other mixed-use use designations require a conditional use permit within the C-2 district.”

“We were just not aware of any logic as to why a furniture store would not be permitted in any combination of uses . . . listed,” said Cahoon. “This just opens up a little bit of flexibility for what this owner can do . . . it is a route to using the building in a way that is compliant.”

With no discussion from the board, Vaughn expressed that the amendment “made perfect sense.” “It is logical,” she said. Board member Molly Harrison moved to approve and all were in favor.

For meeting times/dates, agendas, packets and information on the Nags Head Planning Board, visit www.nagsheadnc.gov.

Three arrested in connection to early morning shooting in…