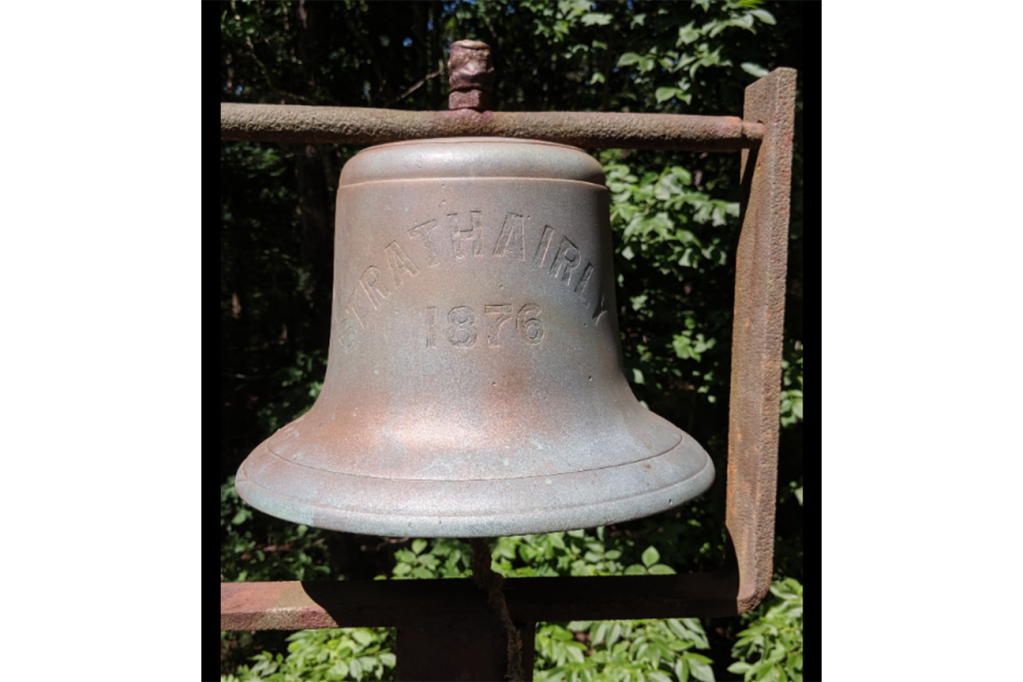 The ship’s bell from the steamer Strathairly, which wrecked off Chicamacomico in 1891, will be presented to the Chicamacomico Historical Association July 30 at 2 p.m. at the life-saving station in Rodanthe. Courtesy photo

On that 1891 date, the schooner-rigged screw steamer Strathairly went aground about a mile and a quarter from the Chicamacomico station. After dense fog cleared, rough seas ruled out rescue by boat and forced the surfmen from Chicamacomico, Gull Shoal and New Inlet to repeatedly fire off the Lyle gun sometimes missing the stricken ship with the life-saving line. When the projectile did hit the ship, exhausted crew members pulled at it, but the line repeatedly broke.

The Annual Report of the Operations of the United States Life-Saving Service for the fiscal year ending June 30, 1891 states: “The most disastrous wreck of the year was that of the steamship Strathairly, of Newcastle, England, which occurred on March 24, 1891, a mile and a quarter south of the [Chicamacomico] Station (6th District), coast of North Carolina. Of her crew of 26 men, 19 were lost and but 7 were saved.”

On Thursday, July 30, 2020, the ship’s bell from the Strathairly will be donated to Chicamacomico Historical Association by Glenn and Pam Love and family from Charlotte.

The address of Chicamacomico Life-Saving Station is 23645 NC 12 in Rodanthe. The station is open through Thanksgiving weekend. Admission to the site is $8 general admission, $7 for seniors and students, $6 for youth (4 to 17 years old) and under 4 years of age, free.