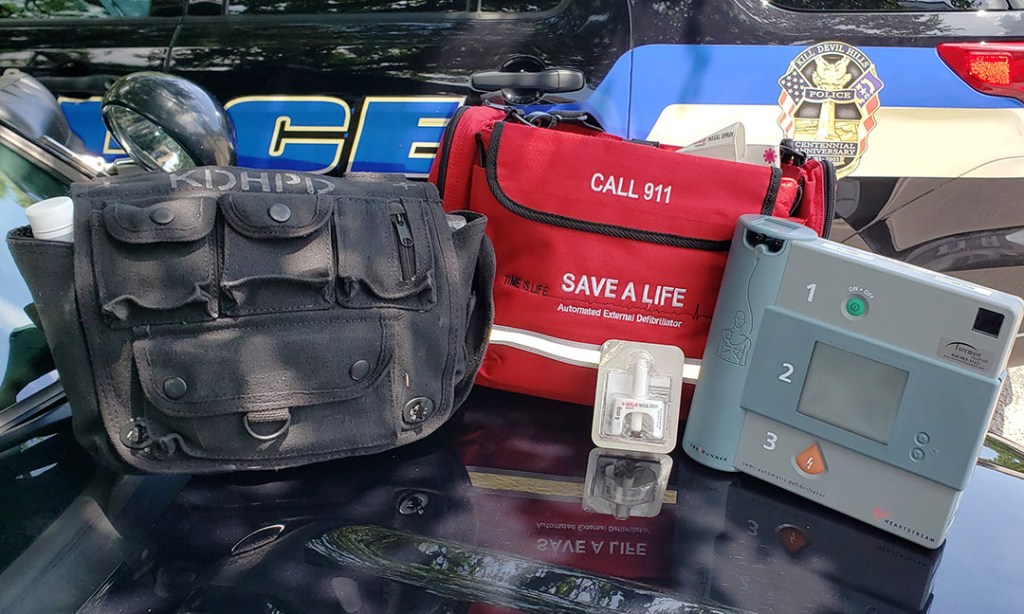 The Kill Devil Hills Police Department has reported that for the month of July 2020, its officers responded to seven accidental drug overdose calls. According to KDHPD, officers successfully reversed five opioid overdose incidents, which included assisting one person on three different days; one was reversed by a deputy sheriff who arrived on scene first and one overdose was not an opioid-related.

KDHPD noted that July was a particularly active month for overdoses. Their statistics for the previous months of 2020 were:

February – one overdose with naloxone reversal

The non-opioid cases primarily involved prescription drugs with one case involving a marijuana-laced cookie that was much stronger than the consumer anticipated.

According to KDHPD, the application of a single dose of naloxone – typically 4 mg – is occasionally insufficient to revive the individual and a second or third application needs to be administered. For the calendar year, 12 doses of naloxone have been used. “Even after the successful application of Naloxone, overdose victims are strongly encouraged to seek medical attention,” states a KDHPD press release. “The amount of drugs in their system can be stronger than the protective effect of Naloxone and is possible for an overdose victim to relapse even after a successful reversal.”

KDHPD also noted that it “would like to remind the public that there is a Samaritan Law in North Carolina which shields individuals from drug charge prosecution if they are calling 911 for an overdose case. Our officers have sometimes seen obvious attempts to ‘clean up’ prior to their arrival by friends of the overdose victim. Delays in calling for help may make the difference in life or death for an individual suffering from an overdose.”

“While there is no indication that a ‘bad batch’ of narcotics was responsible for the uptick in cases, always remember no street/illegal drug is safe to use in any amount,” states the KDHPD release. “We would encourage anyone with a substance abuse problem to visit the Saving Lives Task Force website to find a comprehensive list of the treatment services available in Dare County at https://bit.ly/39Vtvg4.”