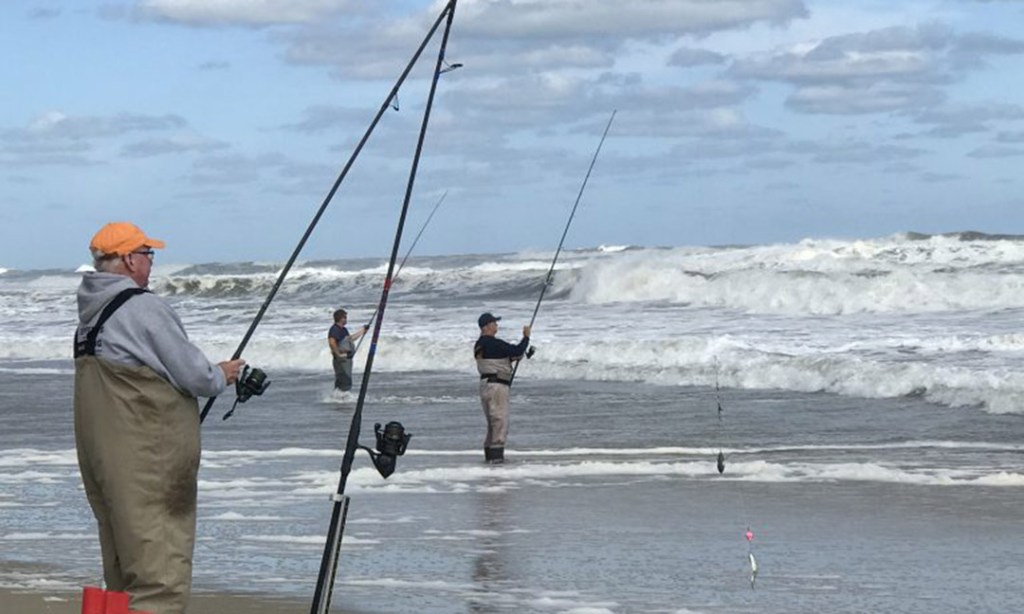 The 2020 Nags Head Surf Fishing Tournament set for October of this year has been canceled.

Garry Oliver, vice president of the Board of Directors for the Nags Head Surf Fishing Club, told The Coastland Times that this would have been the tournament’s 69th year. “The tournament started in 1951,” Oliver stated. It was begun by a group of fishermen who came together to do what they love: fish.

For the past 69 years, fisherman from all up and down the east coast have gathered in the Outer Banks during the fall to partake in the tournament. Oliver said the tournament consists of 80 six-person teams, who spend a few days in October surf fishing together.

There is a social every evening at the Ramada, where the 400 some people come to spend time down by the water. The event culminates in an awards banquet.

Oliver said that with the uncertainty surrounding COVID-19 and the large number of people that were set to come, they made the call to cancel to ensure everyone’s safety and well-being. “We felt it was better to put it off a year . . . make sure everyone is staying safe,” he shared.

Although content with the decision to make sure the teams were staying healthy, Oliver was disappointed to not have a tournament this year. “It brings a lot of people down to our community,” he noted.

The tournament has only been canceled one other time, Oliver said, about five years ago due to an impending hurricane. He explained that the last few days leading up to the tournament, they decided to make the call to cancel. The hurricane’s route was still unpredictable and they didn’t want to take any chances.

“We will be sending out a letter to all the teams with options for a refund or credit to next year’s tournament. We look forward to a full calendar of events for 2021, happy fishing everyone,” read their announcement on the tournament’s website.

Most North Carolina parents won’t have option to send…