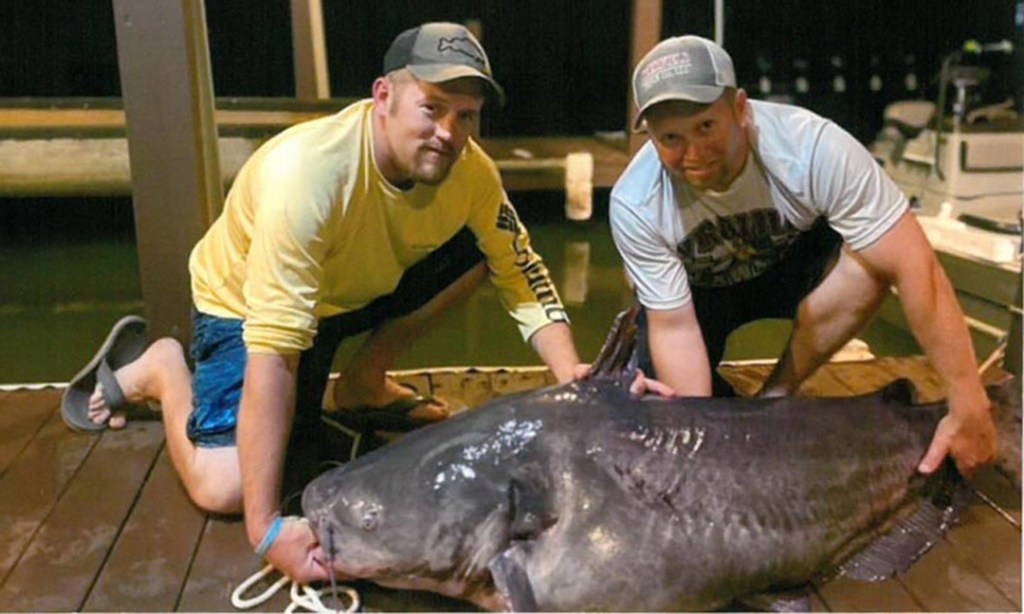 July has proven to be hot month in more ways than one after two anglers shattered two catfish state records in North Carolina within days of each other.

On July 5, Joey Baird, of Lawrenceville, Va., was fishing with his friend Mark Conroy, of Macon, when he reeled in a 121-pound, 9-ounce blue catfish from Six Pound Creek at Lake Gaston. Fifteen days later, Pikeville angler Tyler Barnes broke the 15-year-old freshwater fish state record for a flathead catfish after landing a 78-pound, 14-ounce whopper from the Neuse River on July 20.

Lake Gaston is home to some massive blue catfish as Baird’s fish is the fourth state record for blue catfish to be caught from the lake. The previous record holder was Landon Evans, who caught a 117-pound, 8-ounce blue catfish on June 11, 2016.

Baird caught his record-breaker, which measured 60 ½ inches in length and 40 ½ inches in girth, using cut bait. Baird had his fish weighed on certified scales and Stonehouse Timber in Littleton. 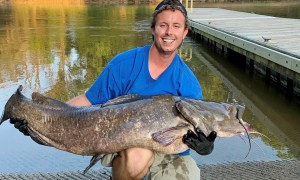 Barnes caught his flathead catfish, which measured 52 inches in length and 37 inches in girth, using a live sunfish as bait. His catch breaks the previous record, held by Brian Newberger of Fayetteville, who caught a 78-pound flathead from the Cape Fear River on Sept. 17, 2005. He had the fish weighed on certified scales at EZ Bait & Tackle in Goldsboro.

Both men used a Big Cat Fever fishing rod to land their record-breakers.

To qualify for a N.C. Freshwater Fish State Record, anglers must have caught the fish by rod and reel or cane pole; have the fish weighed on a scale certified by the N.C. Department of Agriculture, witnessed by one observer; have the fish identified by a fisheries biologist from the North Carolina Wildlife Resources Commission; and submit an application with a full, side-view photo of the fish.

For anglers who catch a catfish that doesn’t quite measure up to these two latest record-breakers but still meet minimum size and length requirements, WRC has a flathead catfish and blue catfish classification for its North Carolina Angler Recognition Program. NCARP officially recognizes anglers who catch trophy-sized freshwater fish that do not qualify for a state record with a certificate featuring color reproductions of fish artwork by renowned wildlife artist and former WRC fisheries biologist Duane Raver.